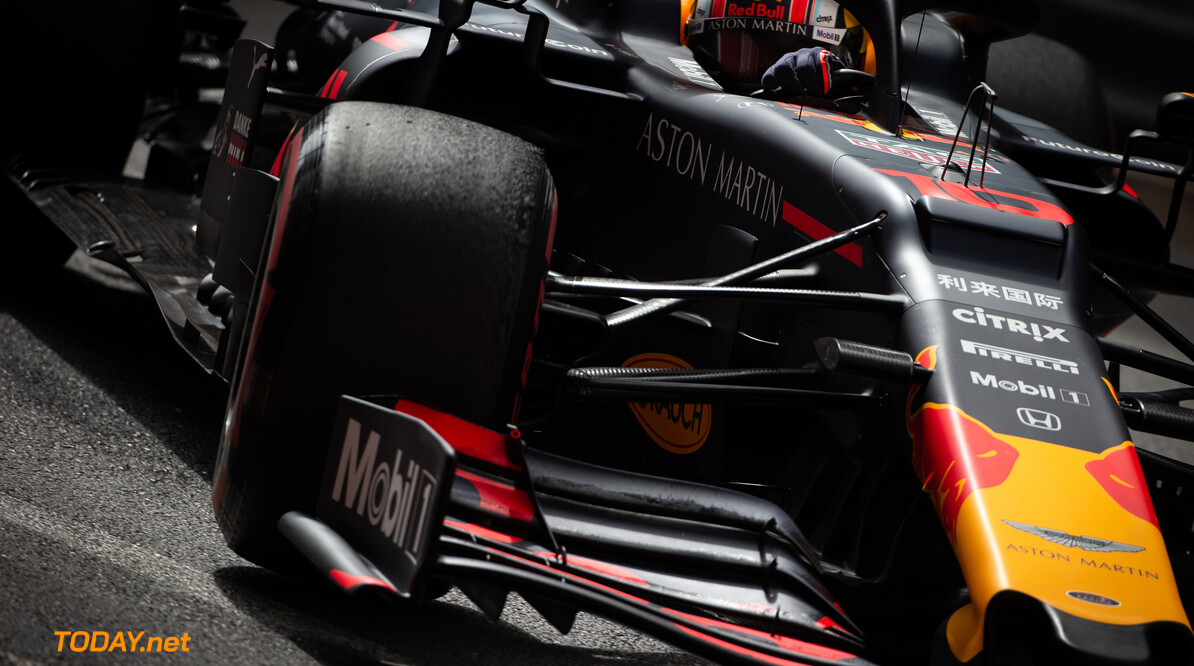 Pierre Gasly believes he and Red Bull still have performance to extract from the RB15 after the opening day of practice in Monaco.

The Frenchman ended the second practice session in fourth place, over eight-tenths down on Lewis Hamilton, who set the pace on Thursday.

Gasly, like his teammate Max Verstappen, concedes that Mercedes is too far ahead, and hopes that Red Bull can mix it up with Ferrari for a podium finish.

"FP1 was a bit difficult but after that, we made some changes for FP2 and I felt a lot better in the car, so that was positive," Gasly said.

"We can see that we are in the fight with Ferrari, Mercedes is quite a long way ahead of us. We'll have to work to see what we can extract on Saturday, but overall it was a good day, just a shame we couldn't get more running with Max.

"After FP2 I felt good. Even in the long runs, it's messy for everybody with so many cars on such a small track.

"We all know that Saturday is about qualifying and the starting position so hopefully we can find a few extra tenths for Saturday."

Red Bull has usually performed well compared to other circuits at Monaco, and Gasly is hoping that come Saturday, it will be the same situation for the energy drink team.

"If it's raining it could be really exciting for everybody," Gasly said of the weather. "Usually, the team is really strong here. Today was a pretty positive day, but Mercedes is really fast, like we expected.

"I can be happy with the changes we made, there is still some work to do but hopefully we can find more performance on Saturday.

"I felt better in the car. For sure there is still some work to do. We'll work as hard as we can tomorrow and try to find more performance."