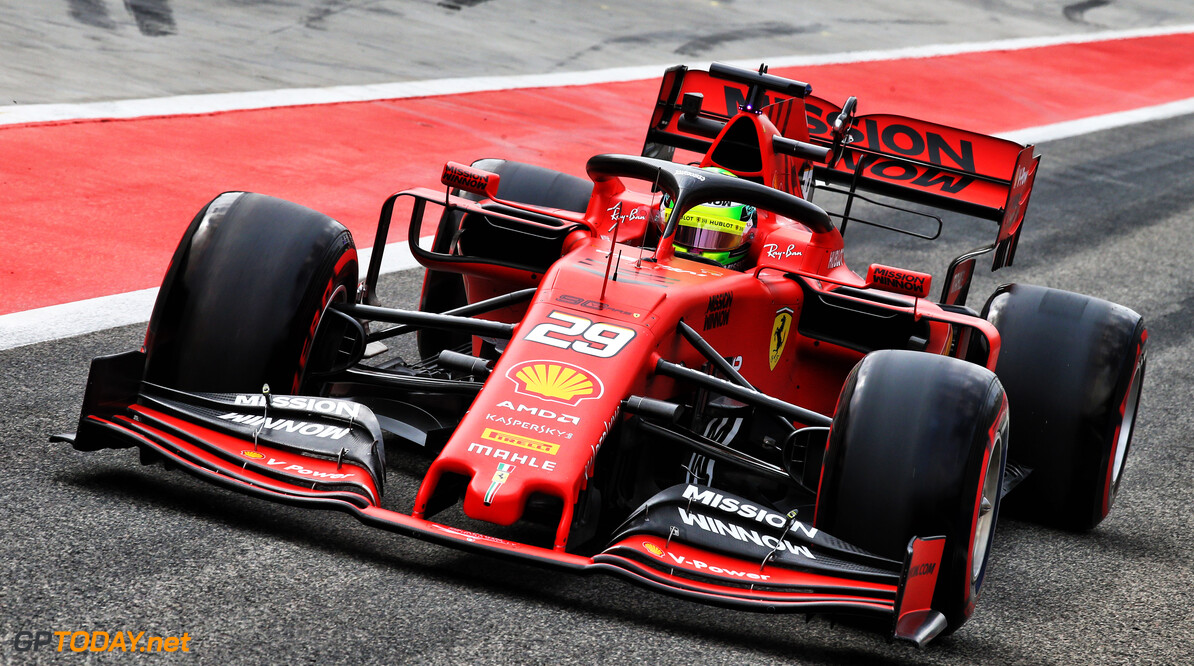 Mick Schumacher has made his F1 testing debut in Bahrain, as he took the Ferrari SF90 out for the opening day of in-season testing in 2019.

The 20-year-old won the FIA Formula 3 European championship last year after a second half of the season surge.

Schumacher is racing in the FIA Formula 2 series this year, making his debut in the series last weekend. The German finished inside the top eight in both races, collecting eight points for himself and Prema.

He also started Sunday's sprint race from pole position, having secured reverse pole after finishing in eighth place on Saturday.

Schumacher will be in action again on Wednesday, as he drives the Alfa Romeo C38, while Sebastian Vettel will take over driving duties at Ferrari.

All ten teams are present at the test in Bahrain, with McLaren and Toro Rosso fielding an extra car to test for Pirelli. Fernando Alonso also made his return, driving the MCL34 for the first time this year.