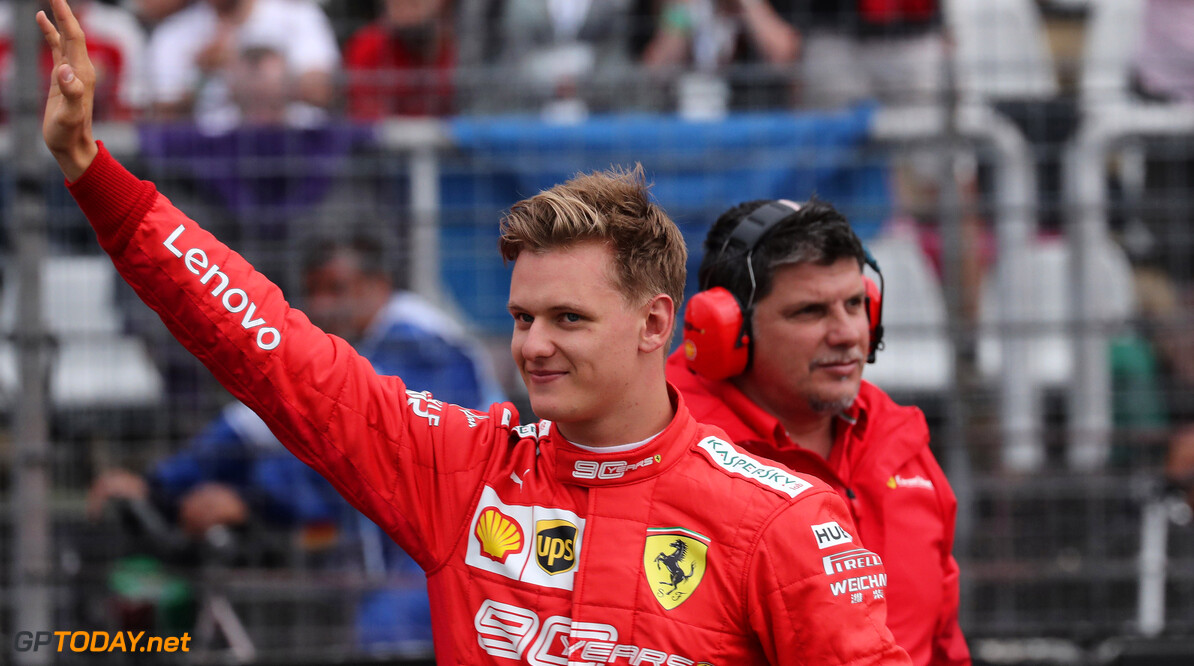 Mick Schumacher 'very grateful' for advice from Vettel in 2019

Mick Schumacher says he is 'very grateful' for some of the advice that he has received from Sebastian Vettel during the 2019 season.

Schumacher competed in the FIA Formula 2 championship this year, picking up one race win throughout his rookie year in the F1 feeder series.

The 20-year-old will remain with Prema in the F2 championship in 2020 and will be joined by Robert Shwarztman, who clinched the Formula 3 title earlier this year.

Schumacher is part of the Ferrari Driver Academy and therefore spends time with the full-time Ferrari drivers, Vettel and Charles Leclerc.

MORE: Binotto: Ferrari is 'getting used' to Vettel/Leclerc rivalry

Speaking about his relationship with Vettel, Schumacher said: "We see each other, we speak a lot. I have been very grateful for it [advice], it's been very helpful with some opportunities and moments."

Schumacher has been tipped for a future seat in Formula 1, taking part in the in-season tests in Bahrain and Barcelona for Ferrari and Alfa Romeo respectively.

Ferrari's long-term option is Leclerc, who announced earlier this week that he had extended his deal with the Scuderia outfit until the end of the 2024 season.

When asked if he sees himself racing in the same team with Leclerc in the future, Schumacher noted that the communication between them has so far been strong.

"Obviously I've never worked with Charles, I've just spoken privately with him," Schumacher said. "But the communication has been good.  If that is the future, then why not."

The 2019 F2 season kicks off in March at the Bahrain Grand Prix weekend.