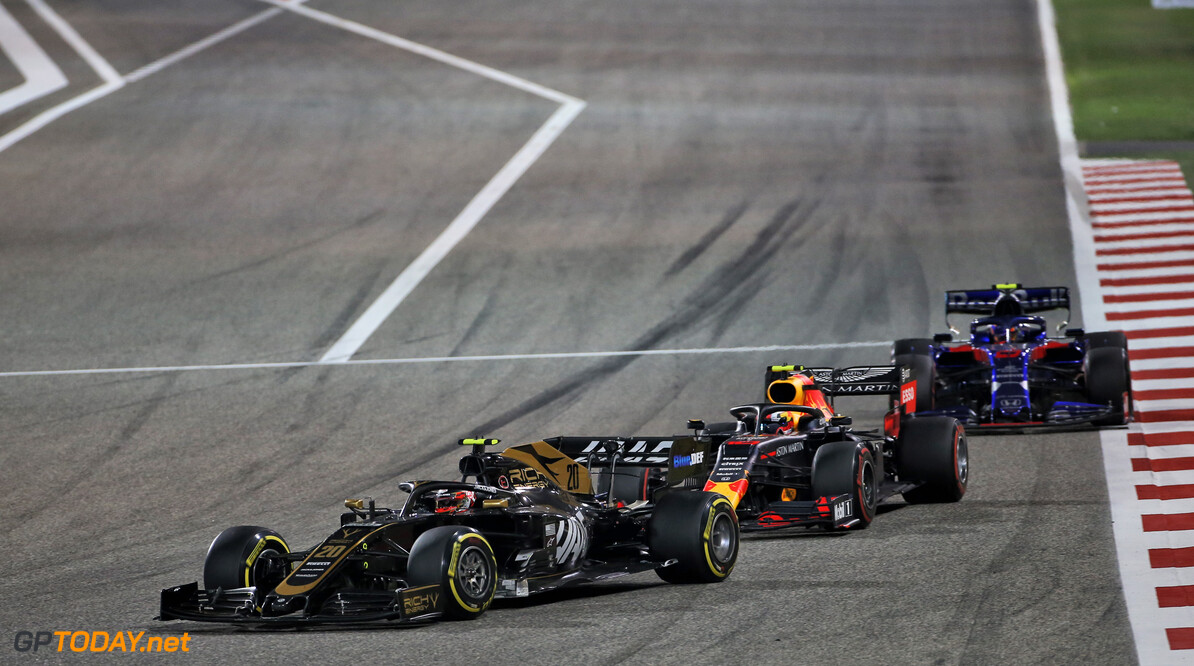 Haas team principal Guenther Steiner says he is "amazed" by Haas' dip in performance during the Bahrain Grand Prix.

At qualifying on Saturday, the American team got both of its cars inside the top ten with Kevin Magnussen finishing as best of the rest in sixth place.

However, the Dane went backwards in the race and failed to score any points, while teammate Romain Grosjean retired after suffering damage following contact with Lance Stroll on the opening lap.

"We just don't know what happened," Steiner admitted. "We have no idea what happened. I should be more down, but I'm not even upset. I'm just more amazed than upset.

"After qualifying, we had yesterday and then ending up in the race not knowing why the pace was lost overnight, it's so weird, I have no idea."

Steiner said that the two-day test that takes place next week could offer Haas an insight into where its pace went and why it was slow during the Grand Prix.

"On the good side of things, we can test here Tuesday and Wednesday," he commented. "So we at least have the chance to find out what is happening and get a good picture of it.

Magnussen mirrored Steiner's comments, stating that it was suffering from straight-line speed which left it defenceless throughout the race.

"We were hopeless all the way from the beginning to the end," he said. "We were very slow on the straights, so we had no chance to defend from anyone. We were so good in qualifying, so the car must be good.

"But something wasn't right today and we need to work hard to understand what went wrong today because clearly, we have a good car when we get it working."