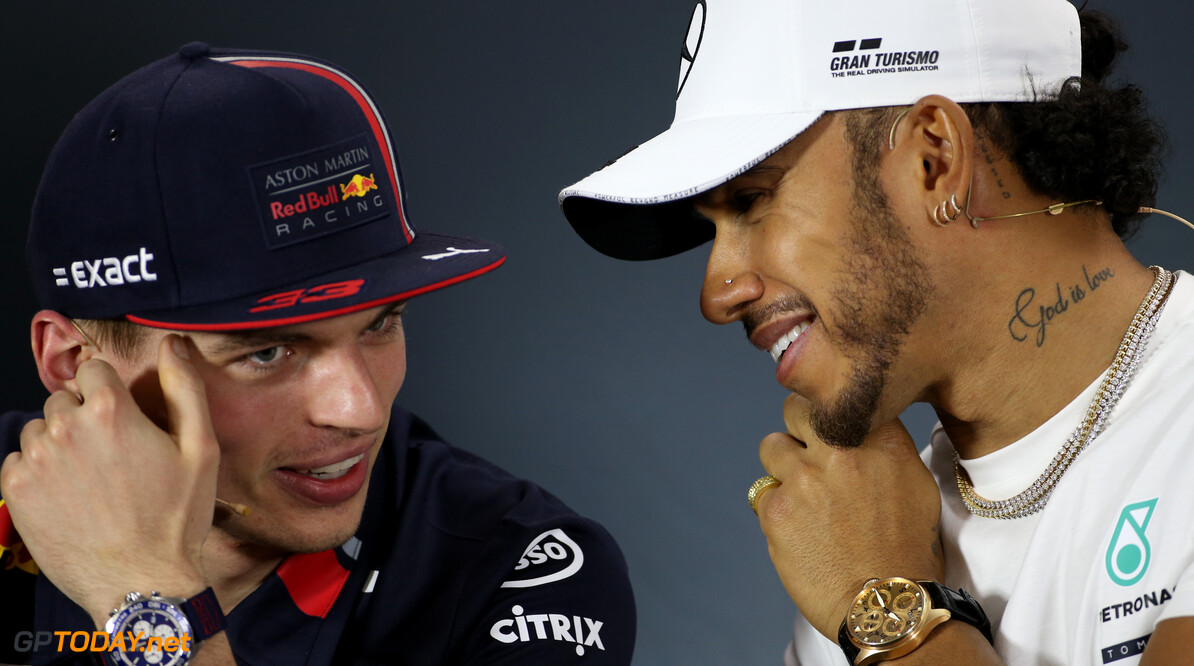 Lewis Hamilton believes Honda has made some strong gains on its 2019 power unit and says it is now "very, very close" to the front-runners.

The five-time world champion commented that the Japanese manufacturer is now lacking roughly 10bhp to Mercedes and Ferrari, who have produced the most efficient power unit over the last two years.

Honda is powering Red Bull in 2019 as well as its sister team Toro Rosso. In Australia, it secured its first podium finish since 2008 as Max Verstappen crossed the line in 3rd, having been held off by Hamilton in the closing stages of the Grand Prix.

"Without doubt, the Red Bulls have a much better power unit this year," said Hamilton. "I think their engine performance is very, very close. I believe it's within 10bhp or something of the top cars.

"If you look at their GPS speed on the straights, they're pretty much just as quick as us. That's a great start for them and I really hope the reliability's strong for them so they can be really in the fight."

Mercedes dominated proceedings last time out in Melbourne, collecting a one-two finish in both qualifying and the race.

However, Hamilton is expecting the fight to be closer this weekend in Bahrain and is "excited" by the prospect of being challenged by both Ferrari and Red Bull.

"They were both really strong here last year and Red Bull look like they're really stepping up, so I'm really excited to see.

"It's going to be closer this weekend. I know some people think that we were sandbagging or whatever it was in testing, and honestly we came into the first race thinking it was going to be a lot closer than that.

"We didn't think we'd be ahead. From the information that I had, at least, we were behind. So coming into this weekend we have the pleasant surprise of being fast in the last race, but it could absolutely change here.

"Maybe the car didn't work or the tyres didn't work for them [Ferrari] at the last race and maybe it will work here. I'm just as excited as you are to see how that pans out."