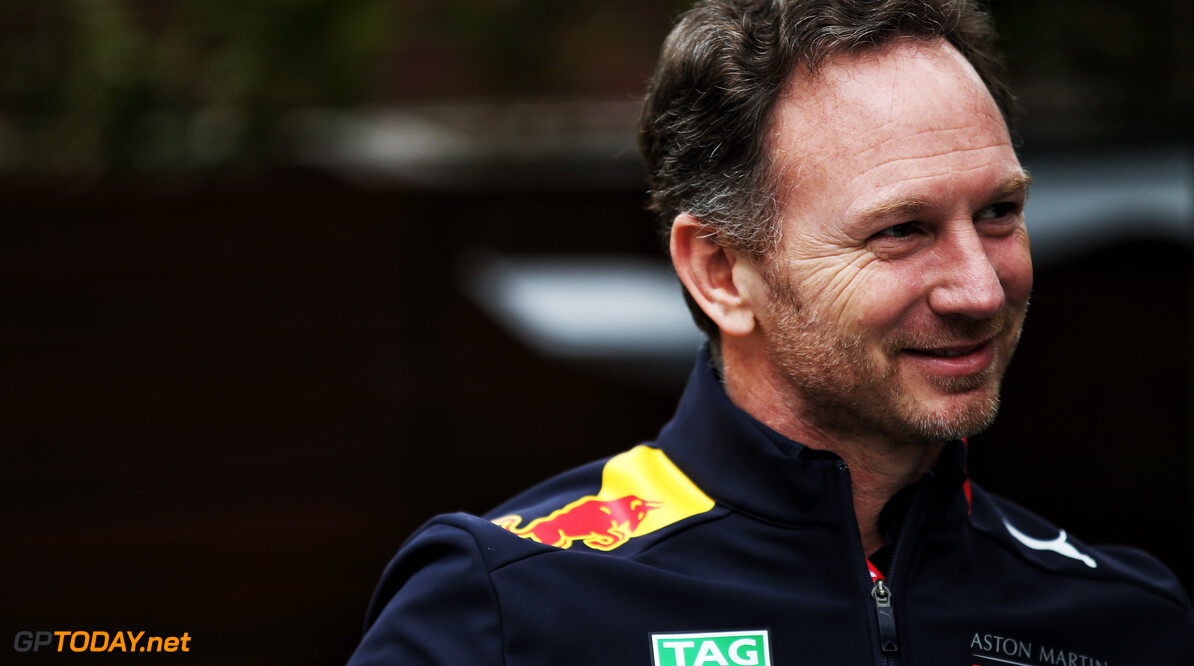 Red Bull team principal Christian Horner has played down talk of a title challenge this season.

The Briton says it's too early to know the energy drink team's real potential after an impressive display in Australia saw it step onto the podium, while Ferrari failed to reach the top three.

In what is its first season with Honda as its engine supplier, Horner says only time will tell where Red Bull stand compared to its rivals.

"I think it's too early to talk about championships," he said. "But certainly to be on the podium is a great moment for Honda.

"We're very proud of that achievement, grateful for the product they've given us. Hopefully it's a starting point for a strong season.

"We want to close the gap to Mercedes and Ferrari [and] we've done that. It's only one race but we have a good start and we have to build on this positive energy."

Honda secured its first podium finish since returning as an engine manufacturer in 2015, as Max Verstappen managed to overtake Ferrari's Sebastian Vettel on the way to third place.

However his teammate Pierre Gasly struggled after dropping out in Q1, going on to cross the line in eleventh place.

"It's still early days," Horner said of the Frenchman. "There's always pressure in Formula 1 but I thought he drove a good race. He just needs a straightforward weekend.

"He built his way into the weekend very well, his feedback's very strong. We know he's got the pace, we've just got to give the kid a bit of time and it'll come right for him."