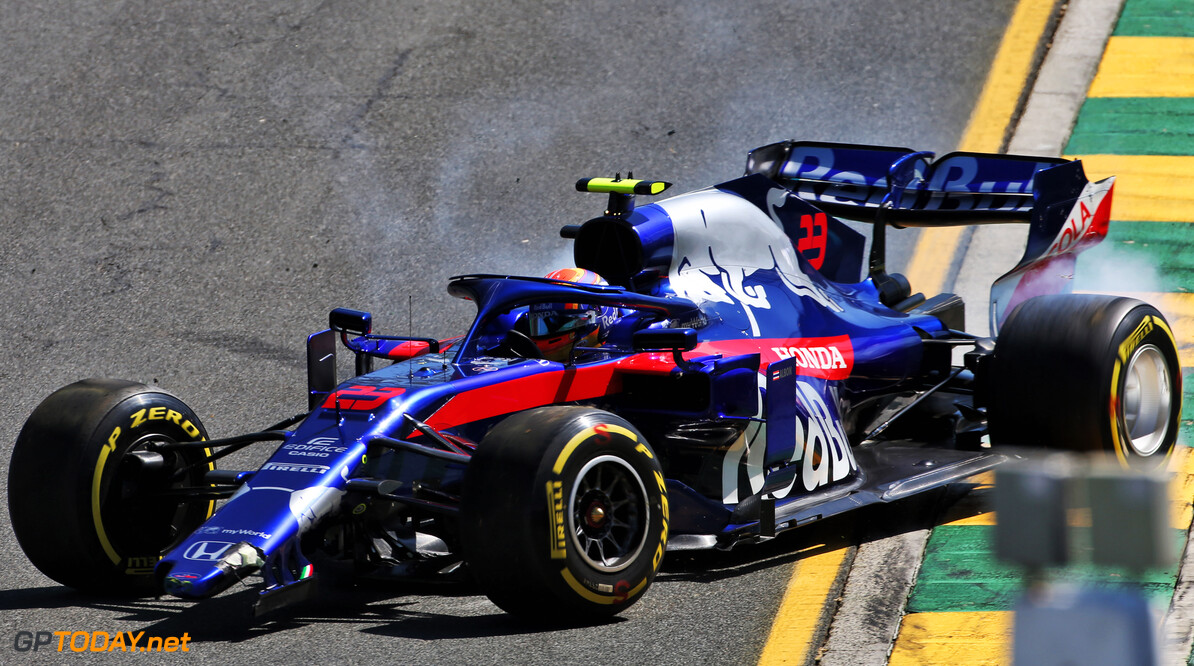 Alexander Albon says that a mix of inexperience and tyres that were too hot led to his crash during the first free practice session.

The Thai-British driver spun after Turn 1, hitting the barriers but avoiding major damage to his STR14. A red flag was deployed, however he was able to return to the pit lane on his own.

Albon recovered in the second session and ended up clocking 40 laps with a best lap time of 1:24.675.

"I was just building up my confidence, and was getting a little better," Albon said. "Then I was caught out by the spin at the end of that run.

"I think it was just a little bit of inexperience and the tyres were a little bit too hot. [It] was a combination of the two.

"But nothing really too serious, and in the end run two in FP1 was quite good. Considering it was my first time here, I was quite happy with how it went. But that did mean going into FP2 a bit more steady and just building up the rhythm."

Albon was also hit by a strange incident involving getting his headrest, which caused him to take a small trip through the grass at Turn 3.

"It was a weird one and I've never had it happen before," he said. "I was going through Turn 11, and as I was going into 12 I couldn't open the steering. So I was kind of stuck on the headrest.

"I just had to lift off my hand and abort the lap. Nothing too serious, but it took me by surprise."

Albon says that the tailwinds proved to be a challenge in Melbourne, as he didn't much experience with them during the two weeks of testing in Barcelona.

"In Barcelona we were really lucky with that stuff, it was zero," he said. "It's amazing. It's just understanding it, and even on my side not reporting it - saying 'this corner is this', but it's not actually, it's just because the wind is doing it.

"There are big tailwinds, which is really new to me. So with these cars, they're so sensitive that tailwinds, headwinds, they're changing balances massively.

"I was already used to it from the previous laps, but of course it doesn't help when you have a gust or tailwind into Turn 1."