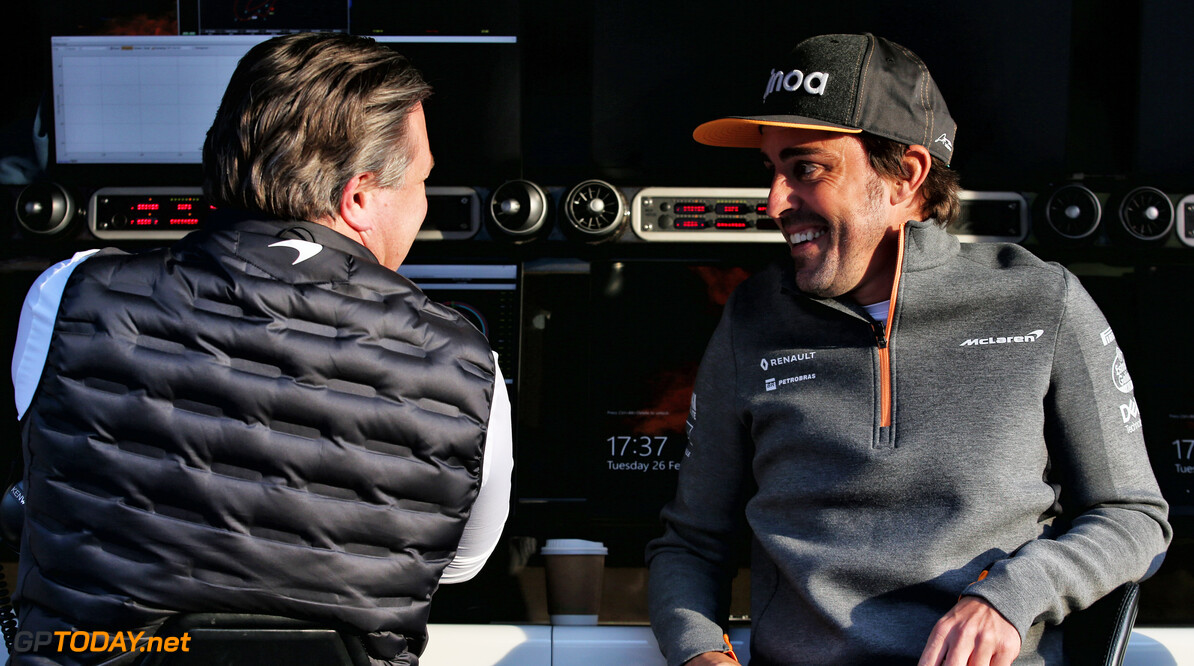 Alonso indicates how he can help McLaren

Fernando Alonso says that being present through McLaren's struggles and helping identify the car's problems in 2018 will help the team this year.

Alonso will work closely with the Woking squad in 2019, and is expected to test the MCL34 at some point. At Barcelona testing, McLaren announced that the Spaniard has become an ambassador for McLaren Racing.

The team had a trouble-filled 2018 campaign, failing to properly develop the car. By the end of the season, it had fallen to the rear of the field and was unable to compete for points.

But Alonso, who hung up his F1 helmet in November, believes that he can still help the team despite not being a full-time racer.

"I think this car that we are running now was born probably in June last year when we identified our problems, our weaknesses, our philosophies that were wrong with that 2018 car, and we started discussing and having meetings, simulator work for the 2019 car," said Alonso.

"So now that 2019 is a reality and it is running on track and probably some of the results they are having they don't know the background of those changes or that philosophy that's behind that design.

"So I think that's something I can give my input on. Also, after 18 years I know most of the circuits.

"I know most of the tricks here and there and especially with Lando being his first year anything that may appear on a Grand Prix weekend, on a Saturday, on a Sunday morning or whatever, maybe to have a driver behind the engineers thinking probably helps, because they only see the telemetry.

"They analyse and they make decisions looking at the telemetry, but I can be the link between what they see on the date and what the driver may feel or what the message is passing on the radio."

Alonso added that he says some parts of the MCL34 are surprisingly good but admits that the team has a lot of work to do.

"I think we are learning a lot," he said. "I was in contact with the team and I was aware of the debriefs and all the small problems and issues we were finding, and I think last week we confirmed the picture of the car.

"So I think there are a couple of areas that need to be revised and they need to keep developing to improve the performance.

"Some others are surprisingly good, so I'm happy with the results and generally I think it has been a very positive two weeks. It's not perfect yet, but I think the direction seems the right one."