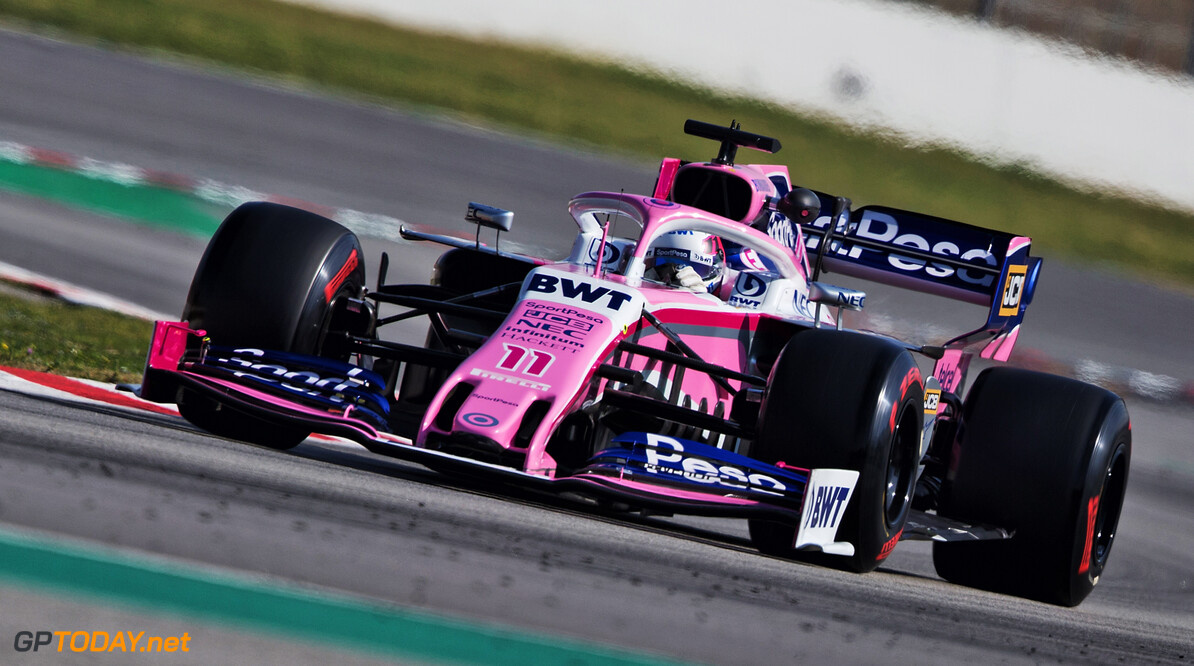 Sergio Perez has praised Formula 1 for the new aerodynamic regulations that have been introduced for 2019, stating that they allow the cars to follow each other more closely.

F1's fresh rules have been instated to combat the difficulty of following a car in front, reducing the outwash and dirty air that they produce.

Several drivers commented on the changes throughout the two weeks of pre-season with Perez praising the switch, albeit admitting that a true view won't be apparent until after the opening race weekend in Melbourne.

"Certainly it feels like you lose less downforce,” Perez said. “So far I would say that Formula 1 have done an incredible job at the moment with the rules.

“We will see what it is like in Melbourne, racing with other cars around you with similar pace. But I really hope the show can be better.”

Part of the aerodynamic changes for the upcoming season means that the Drag Reduction System (DRS) will be more powerful due to changes to the rear wing. Perez added the DRS will be noticebaly more powerful as drivers should be able to follow closely within the one-second window needed for activation.

"I think the delta to overtake a car should be reduced by quite a bit, given that you can follow more and [get] the advantage from DRS,” he said. “So I hope the racing can be a lot more fun for the fans and the drivers."