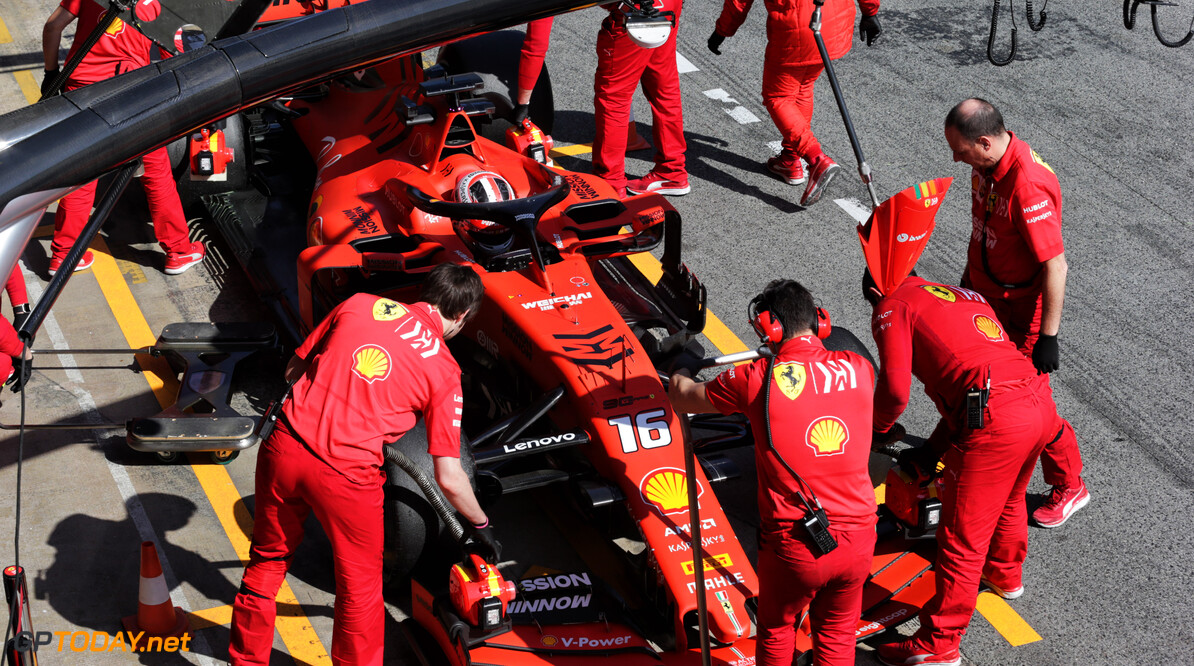 Charles Leclerc says that there was still some margin left over during his fastest lap that he set on Thursday morning.

The Monegasque driver clocked a 1:16.231, which blitzed the previous fastest time set at winter testing this year. Ferrari emerged as the early favourites following the first week of testing, with Mercedes' Valtteri Bottas admitting on Thursday that he believes the Scuderia outfit is the pick of the field.

While Leclerc's time was impressive, the newly promoted Ferrari driver says that there is still much more potential in the car.

“Obviously I think as with everything we are not flat-out,” he said. "There is still some margin, from myself I still have to learn and get more comfortable with the car, but the car is very balanced.

Leclerc added the car's chassis hasn't changed since the opening day of running last week, stating that he is comfortable with the car.

“Especially after the lack of running yesterday, it’s a good morning for us. It’s good to be on top but it doesn’t mean anything.”

After setting some fast times in the morning, Leclerc and Ferrari will concentrate on long runs in the afternoon before the SF90 is handed over to teammate Sebastian Vettel on Friday.

“I think some race sims obviously that we haven’t done fully yet which we’ll probably do this afternoon. This is a big unknown for now because we haven’t done a full one, or I didn’t.

“But apart from that, I’m pretty happy about the test we have done. As I said the car is solid I feel pretty comfortable all in it. Still a lot to learn but it’s a good start.”