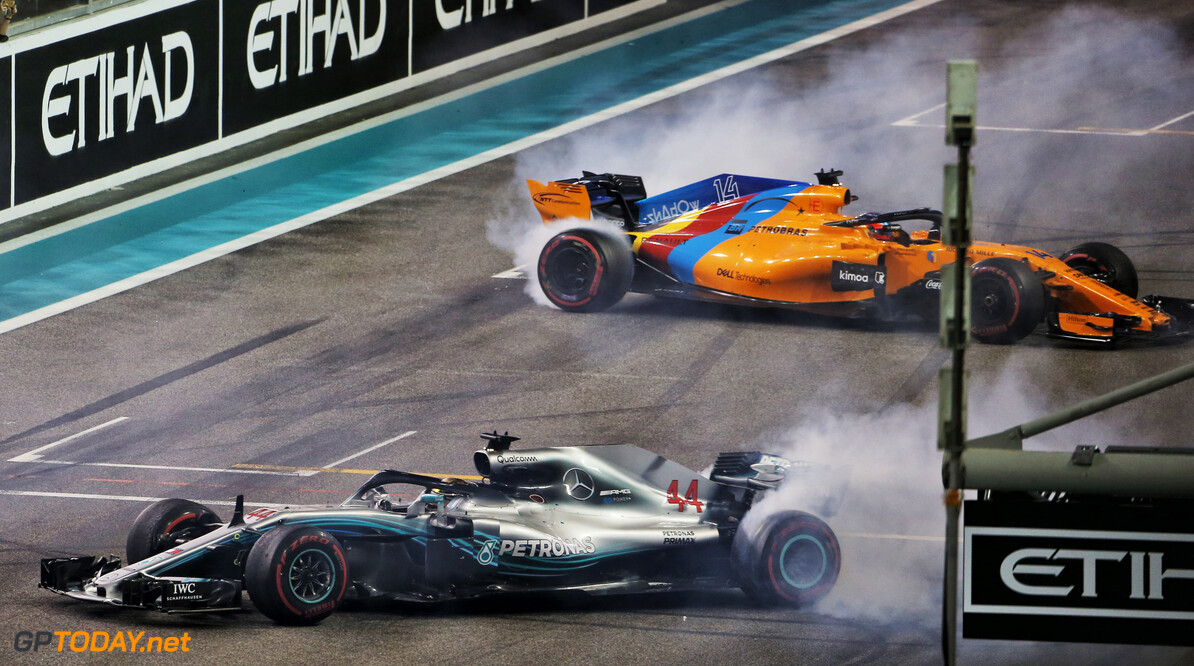 Alonso thankful to Hamilton and Vettel for 'improvised' send-off

Fernando Alonso has said that he is "thankful" to Lewis Hamilton and Sebastian Vettel for the send off they gave him in Abu Dhabi. The title rivals drove side by side with Alonso on the cooldown lap until they reached the start/finish straight, where the trio performed donuts in front of the main grandstand.

Alonso has now retired for the sport, but has hinted that this may only be temporary and it is possible we could see the Spaniard return to the grid in the future.

The double world champion came very close to scoring his 1900th point in Formula 1, but was unable to catch Kevin Magnussen for tenth place, and then was handed 15 seconds worth of penalties for a bizarre series of corner cutting. Alonso cut three corners in total over the last three laps of the race when he was trying to catch Magnussen.

He then revealed that the celebrations at the end were completely improvised: "That in-lap was improvised actually because it was not planned in advance," explained the Spaniard. "I saw them doing doughnuts in Turn 8 so I caught up with the leaders and then one of the cars was on the left and one on the right and they went like that all the way to the start finish line."

"I am very thankful to them for the nice gesture and it was nice to celebrate at the chequered flag. I still need a couple of days to see and digest things. There have been a lot of things that were prepared for me with the team, Liberty and Formula 1, but I didn’t have any time to myself."

"Every time I was in the room I could see on my telephone that there were hundreds and hundreds of messages, but every time I sat down in the chair, someone knocked on the door and told me to go out to see another new person. So I have had no time yesterday evening and this morning, and I need a bit of time to myself and realise the magic weekend that I had."