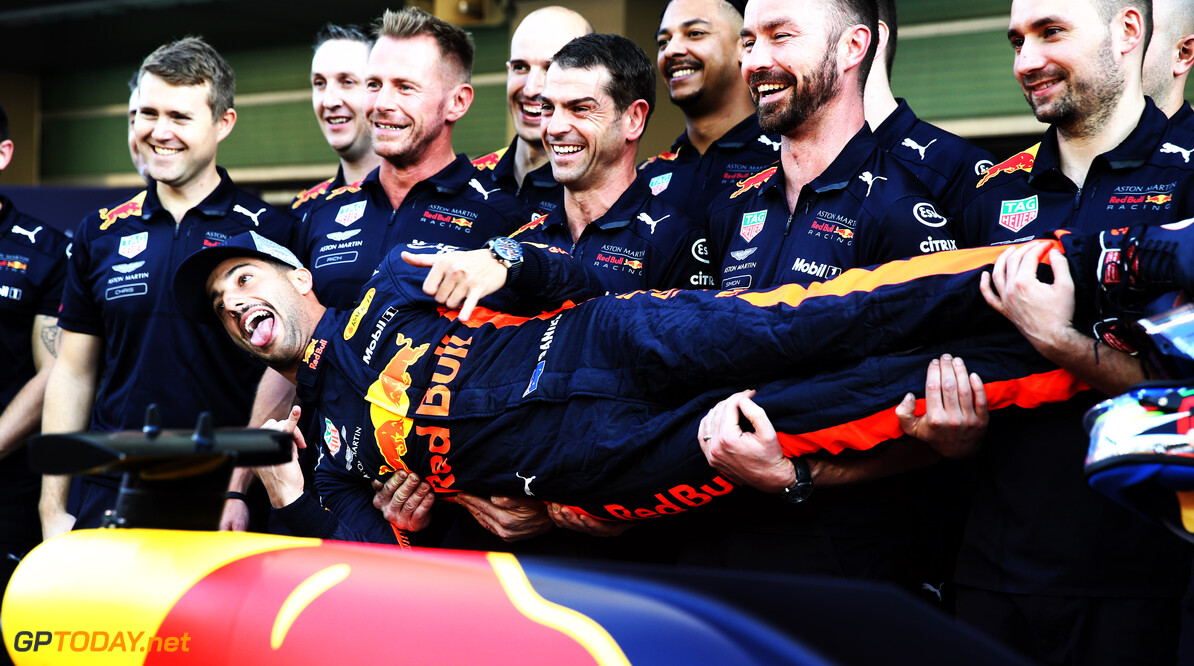 Ricciardo: Abu Dhabi podium would be one of my best results

Daniel Ricciardo believes that if he were to score a podium in Abu Dhabi this weekend, it would be one of his best results of his career. The season finale is also Ricciardo's final race at Red Bull, the team he has been a part of for five years.

Red Bull has had a very strong end to the season on Max Verstappen's side of the garage, with the Dutchman finishing on the podium at all of the last four races. However, Ricciardo has had a lot of bad luck in 2018, racking up eight retirements this season.

"It would be as big as any podium I've got," he said. "For two reasons: because it's my ending with this team for now but also this year when I've only stood there twice and that was for a win. I haven't had any seconds or thirds."

"Just as it's been such a long time between drinks, so to speak, so that in itself would be a big moment for me. But to close the book with Red Bull on the podium and see them all down there [in the pit lane] celebrating and spray some fake champagne, rosewater I think it is here, would be cool."

"I'm actually excited. Not excited because it's the last one, but more to the thought of finishing off in style - I don't want to say with a bang as that sounds bad! - with high spirits," he added.

"Everyone's been pretty cool. Normally Thursdays are pretty slow but everyone in the team has had a lot of energy today. At the moment it's 'let's have one last crack together, it's been an awesome ride the last five years so let's use every last bit of what we've got together to make it a successful weekend'."