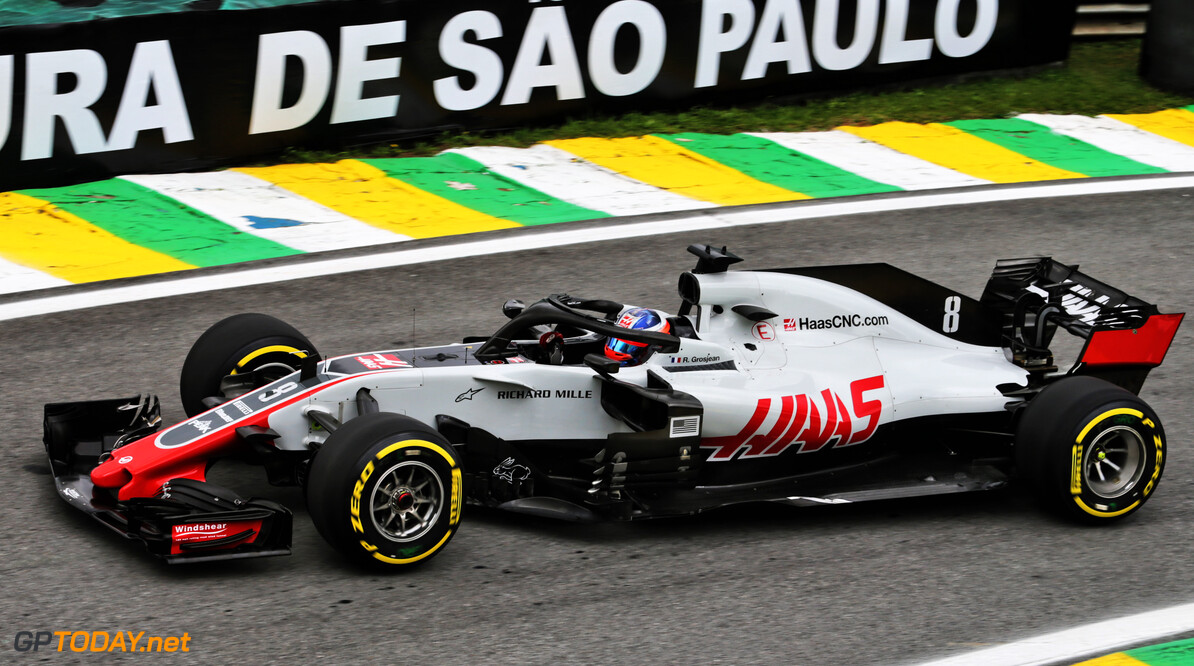 Romain Grosjean has praised the Haas F1 team following its result at the Brazilian Grand Prix on Sunday. Grosjean crossed the line in eighth place, only behind the Sauber of Charles Leclerc in the fight between the midfield teams.

The American squad obtained a double-points finish as Grosjean's teammate Kevin Magnussen came home in ninth. Grosjean made contact with Sauber's Marcus Ericsson on lap one which damaged his car, but didn't stop the Frenchman from bringing home points.

"I’m very happy, and very happy for the team,” said Grosjean. “With the damage we had on the car following lap one, I’m impressed. We lacked about a second of downforce on the car. Being able to do those lap times, I think we did an amazing job on the setup. I’m very happy with that.

“I think without that, being best-of-the-rest would’ve easily been on our side. I’m happy we finished eighth and ninth. Even if we’re far from Renault in the points, double-points finishes in the two last races would be amazing going into the winter.”

Magnussen added:  “It was tough luck on the first lap. I made a good start and I got through Turns 1 and 2 very well. Then I was pushed out on Turn 4 and I lost a few positions there. I had to get those positions back and close the gap to Romain again. We stayed put from there.

“I’m happy for the team to get a double-points finish again. It’s good to bounce back from the tough luck we experienced when I didn’t really qualify where I should have. We did some damage limitation.”