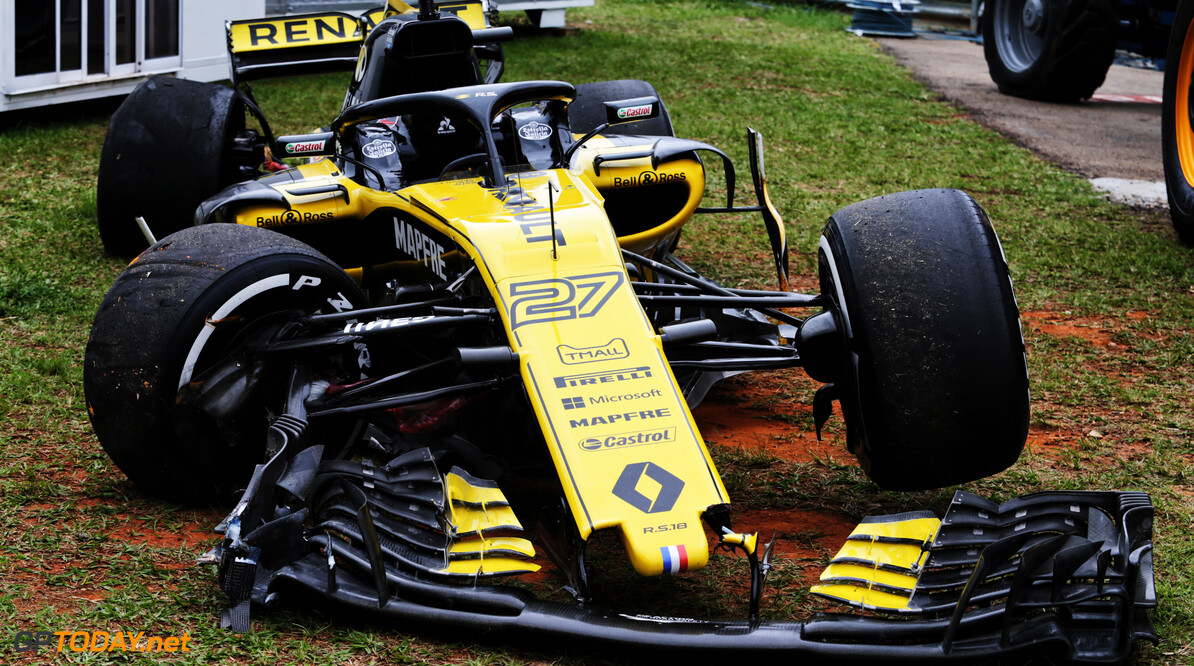 Hulkenberg was 'a passenger' during FP2 crash

Nico Hulkenberg says that he was simply a passenger during his crash in the second free practice session in Brazil. The German ran wide onto the grass on the exit of the final corner, taking to the grass which ultimately sent him into the barriers.

The Renault driver took heavy damage to the right side of his car but confirmed after the session that the power unit and gearbox escaped undamaged. Hulkenberg crashed early on in the session, compromising the rest of the day by missing out on his race simulation.

"I ran a bit too wide at the exit of the last corner, took a little bit too much kerb there, wanted a bit too much probably,” Hulkenberg stated. “The car bottomed out, and from there it was done, I was a passenger. Once I bottomed out that really pulled me out of the track and onto the grass.

"Obviously there’s no grip on the grass, and it was inevitable from there that I would hit the wall. It’s a pity and it’s frustrating. Obviously it’s far from ideal to crash on a Friday, it’s not what I want, but unfortunately it happened today.”

Renault appeared to be off the pace of its rivals Haas, who managed to finish both sessions with its two cars inside the top ten. The Enstone squad is currently in fourth place and is 30 points ahead of Haas, who recently lost an appeal on its sixth-place disqualification at Monza.

Hulkenberg believes he now has a difficult weekend ahead of him: "I think we don’t look as competitive as in Mexico and in Austin. A little bit as expected, this track is a bit more challenging for us in the balance that we face,. A challenging weekend ahead."