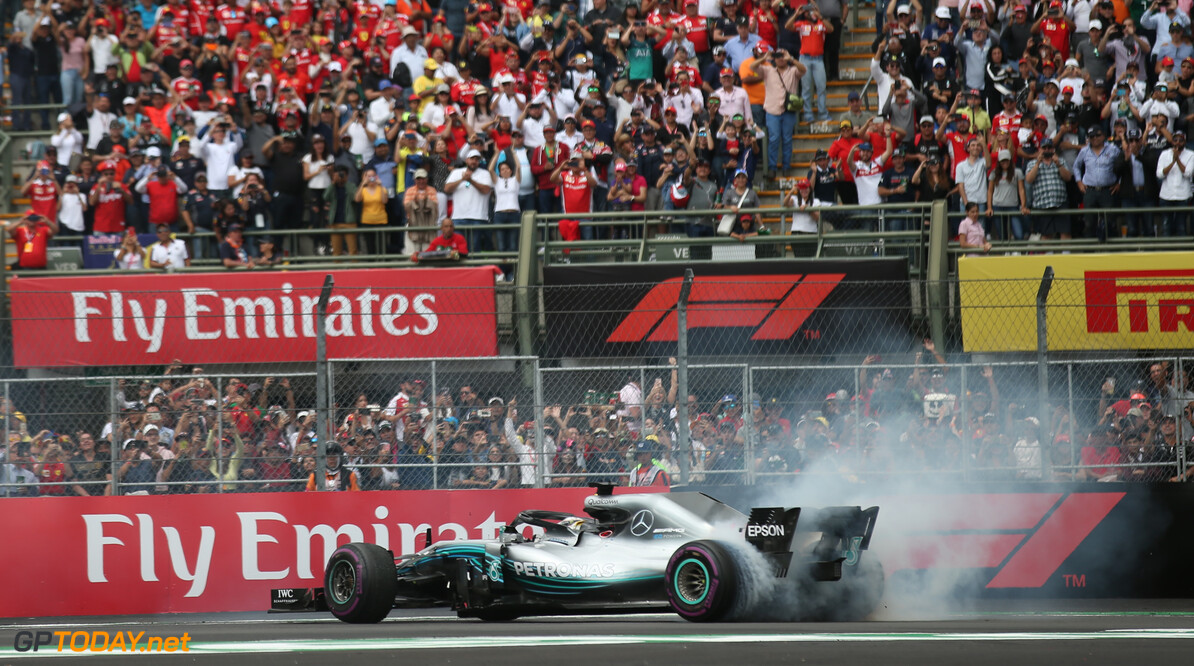 Lewis Hamilton says that it feels very strange and surreal to win a fifth world championship. The Briton crossed the line in fourth place in Mexico which was enough to ensure he clinched his fourth championship from the last five seasons.

Hamilton now moves level with Juan Manuel Fangio for the number of world championships, with just Michael Schumacher ahead on seven. Speaking in Mexico City after he sealed the championship, the Mercedes driver admitted it was a strange feeling.

“It’s a very strange feeling right now,” Hamilton stated. “It wasn’t won here, it was won through a lot of hard work through many races. I’ve been with Mercedes since I was 13 so to complete this – Fangio had done it with Mercedes – it’s an incredible feeling and very surreal at the moment."

Hamilton had a tough race, as he struggled with his Pirelli tyres. The 33-year-year pitted on lap 11 to get rid of the ultra soft compound, but soon found himself in trouble with the super softs. However, with a big gap to teammate Valtteri Bottas and Ferrari's Kimi Raikkonen behind, he was able to breeze home.

“It was a horrible race. I got a great start and was working my way up but then I really don’t know what happened after that. I was just trying to hold on and bring the car home. I wouldn’t be here if it wasn’t for my family, and for all the hard work my Dad did. It’s a very humbling experience.”