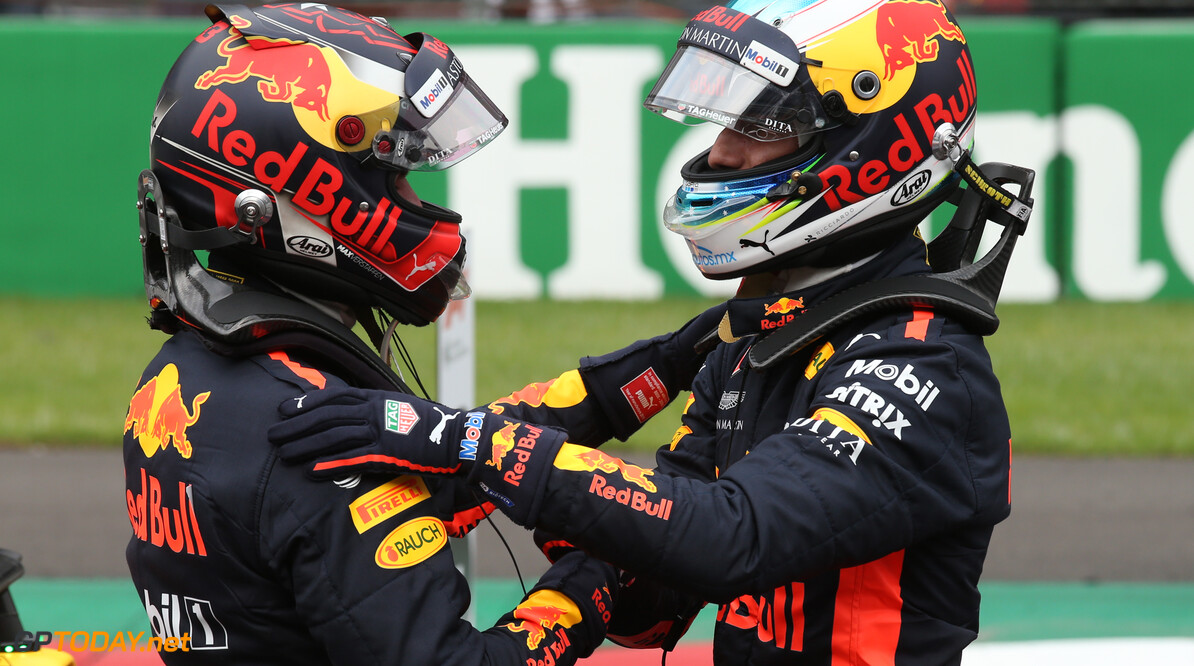 Red Bull has synchronised start plan at the ready

Red Bull team boss Christian Horner hopes that his two drivers work together on lap one to keep Mercedes and Ferrari behind. The Milton Keynes squad locked out the front row on Saturday, with Daniel Ricciardo claiming pole position ahead of Max Verstappen.

Red Bull will have to try and hold off the cars behind on the run down into Turn 1 who will have the benefit of slipstream and superior engine power. The energy drink squad has been on top the whole weekend, but Horner wants to make sure the team is leading after the first couple of corners.

"Synchronised driving down to Turn 1 and drive as wide as you can against that Ferrari and Mercedes on the drag race down to Turn 1,” Horner told Sky Sports F1 when asked what Red Bull's plan would be for the start of the race.

"We saw in Japan when Sebastian was behind Max, we saw Sebastian on Daniel in Austin last weekend, it’s [the Ferrari] so strong in a straight line. And it’s the same with Lewis. They have to be more focused on what those guys are doing than too focused on themselves. We will discuss all these things in the briefing."

Red Bull has won three Grands Prix this season with its last one coming at the Austrian Grand Prix. Horner added that both Ricciardo and Verstappen are free to race as long as they work together and don't throw away the result on the opening lap: "They both really want it and that’s the danger. But they are both part of a team and they need to keep that in mind,” he said.

"They are free to race, but they have got to keep it clean. The race isn't going to be won in the first corner, it’s all about looking after these tyres. They are fragile as hell as we can see, and it will be about making sure we have a strategy that can stay ahead of the Ferrari and Mercedes."