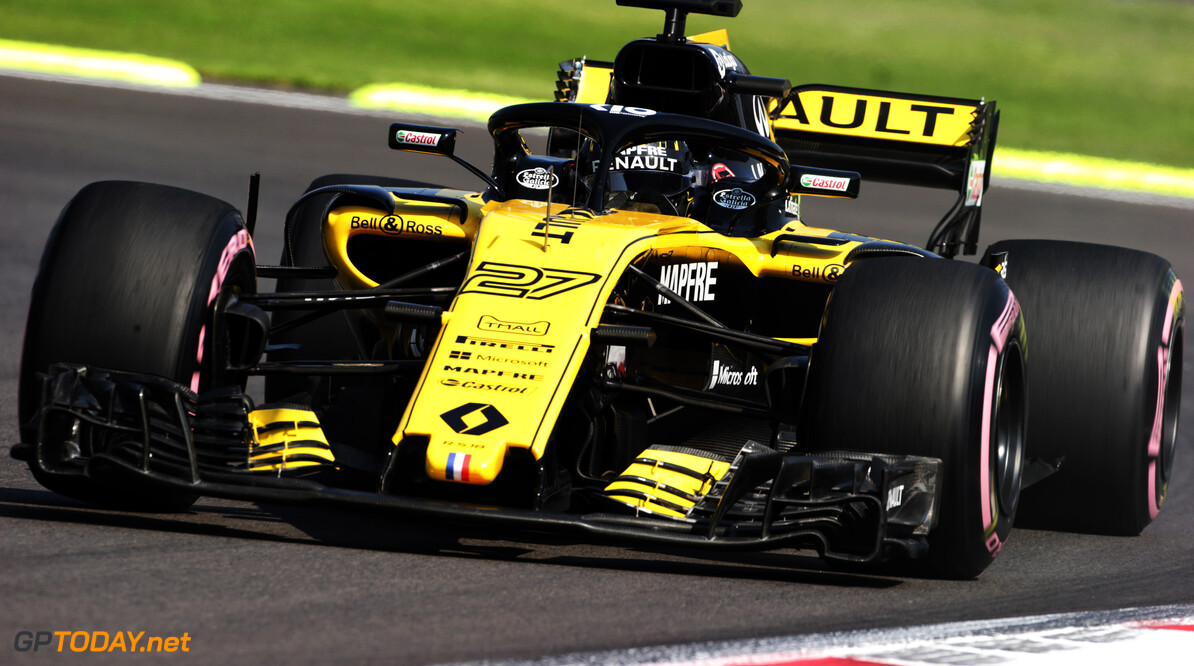 Nico Hulkenberg has played down Renault's place on the timesheets after Friday practice in Mexico. The French outfit was the second fastest team throughout the opening day, getting the better of front-runners Mercedes and Ferrari.

Carlos Sainz ended both practice sessions in second an third place respectively, with only Red Bull faster than the Enstone based squad. But Hulkenberg doesn't believe that Renault will be able to stay ahead of Mercedes and Ferrari over the course of the weekend.

When asked how he would rate Renault's pace after the opening day, he Hulkenberg said: "Surprisingly good. I would sum it up in those two words, not because it's very nice to see the two Renault cars and Renault power units also up there.

The team is working hard, the team is working very well in this part of the season to secure that fourth in the standings. I think it's a bit misleading, those time sheets, because you see Force India, you see Toro Rosso, you see Sauber particularly close to us still, half a tenth, one tenth, but then you see Ferrari and Mercedes are nowhere. It's very weird how in one weekend, in the space of four days, they go from being two seconds quicker a lap to being together with us."

The issues that Mercedes and Ferrari had were mainly related to the hyper soft Pirelli tyres. Mercedes also confirmed after practice that it was managing overheating engines throughout the day. Despite Renault intially being quicker than the championship contenders, Hulkenberg expects the pecking order to look different on Saturday and Sunday.

"I think I would be a bit naïve to think tomorrow we're going to be third on the grid. I'm always optimistic and I'm always going to try my best, but I think they had issues today," he said. "They were struggling also in the long runs. I was following them and they didn't look comfortable.

"The only reason for me to think that tomorrow things are going to turn. Maybe not as much - maybe we can still be half a second away from them instead of one second and a half, but it would surprise me to be ahead of them for sure," the German added.