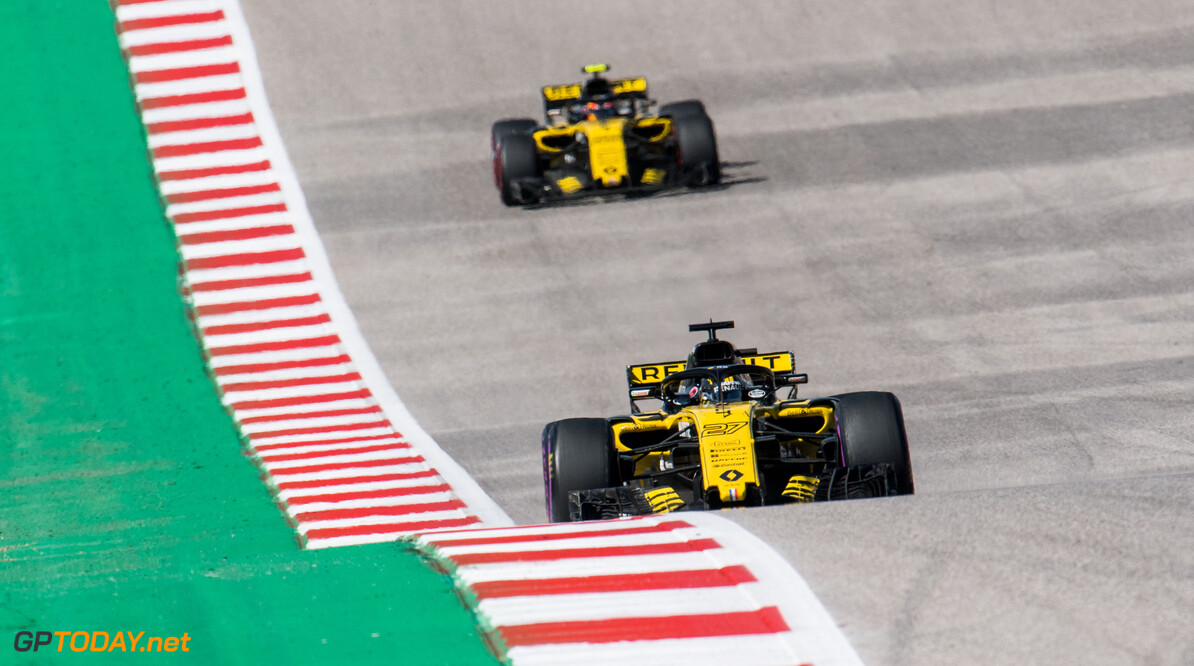 Renault driver Carlos Sainz is adamant that the team can't rest on its laurels following its positive result in Austin. The Enstone squad crossed the line with both of its drivers inside the top ten, while its rivals Haas failed to take home any points.

The two aforementioned teams are in a battle for fourth in the standings. Throughout the second half of the season, Haas has been closing Renault down for the position, but now the gap reads 22 points following Renault's impressive result at the Circuit of the Americas.

Haas did finish inside the points, however Kevin Magnussen was disqualified for breaching regulations regarding fuel flow. It gave Renault further confidence, but Sainz says that the team can't get too comfortable with three races left to run.

“We need to keep scoring points. We can’t stay comfortable as we know anything can happen between now and the end of the season. But this result definitely gives us a boost and we have to relish this and repeat the form in Mexico.”

Teammate Nico Hulkenberg added: “It’s the best team result I’ve been involved in since joining Renault, so that’s very satisfying and the whole team did an outstanding job,” he said. "A strong qualifying was decisive and our race pace was, once again, competitive.

“Everything is still possible for us; three races remain and we have to back this result up in Mexico. “We know it won’t be easy, but the result in Austin will give everyone at Enstone and Viry a boost. “We’ll take these next three races a step at a time and aim for double points at each weekend.”