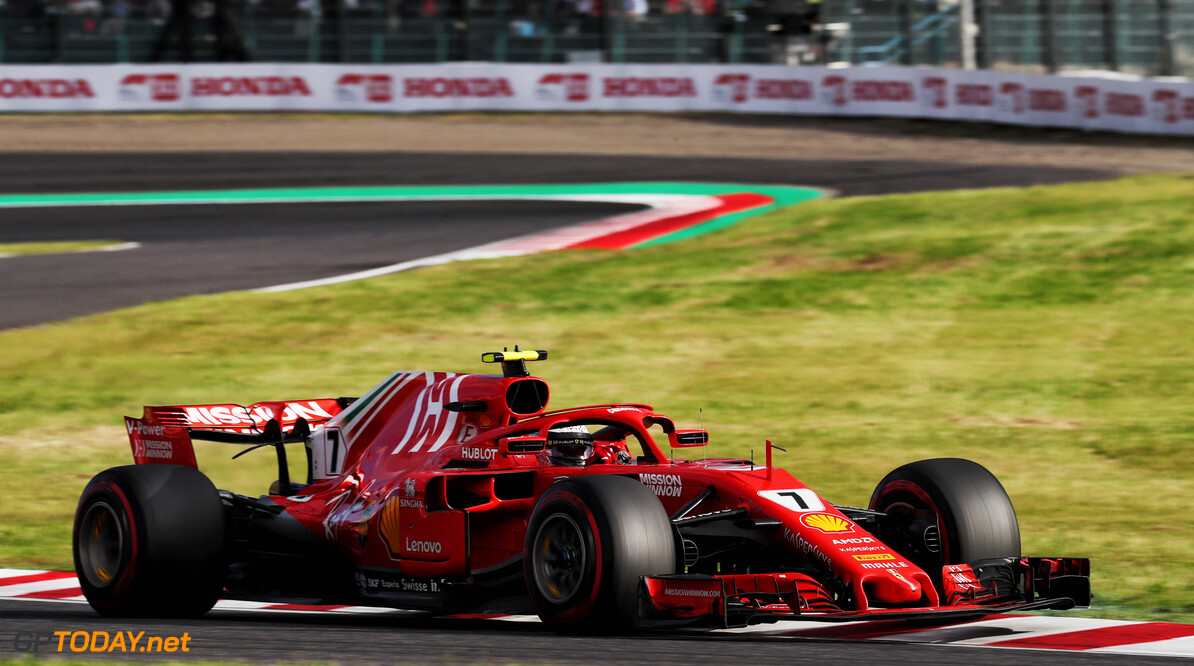 Ferrari didn't use its upgrades in Suzuka

Ferrari looked to be very competitive at Suzuka on the second day of running. This was evident in the final free practice session, when Sebastian Vettel ended up in second place, just 0.116 seconds behind Lewis Hamilton. In the end, it turned out that this 'good flow' could not come to fruition due to a wrong tyre choice during qualifying.

Both Vettel and teammate Kimi Raikkonen reported on Saturday that the car had vastly improved compared to the Friday. The overnight removal of two upgrades had ensured that a better configuration was made on Saturday. This involved the rear wing introduced in Singapore and the new rear suspension. Both elements were replaced from Friday to Saturday because they simply wouldn't work with the front wing introduced in Sochi. And as it turned out, it was a right move once Saturday morning rolled around. Where Ferrari was giving up almost one second on Friday, they had an excellent performance on Saturday morning.

The reason that both Ferrari drivers were in contention on Saturday morning has to do with the simulator work that Daniil Kvyat had done during Friday and Saturday night (European time) at the factory in Maranello. Kvyat reported that the old set-up was better for the Suzuka circuit. Both new parts were removed and standard components were replaced. The rear wing that was introduced in Singapore did not work properly. This wing reduced the downward peak force, which mainly caused problems with the tyres. The car was pretty loose in fast corners, which meant the drivers were suffering from a huge loss in lap time.

Ferrari therefore decided to go back to the Silverstone-spec rear wing, which ran well at the British circuit. In some respect, Silverstone is comparable to Suzuka as it contains fast corners, with the Maggots and Becketts section comparable to the S-Curves in Suzuka.  The idea behind the changes was to be able to develop a smoother transition to the maximum downforce, a concept that has been used by Mercedes throughout the season. It was the feedback from all three drivers (Vettel, Raikkonen and Kvyat), that ensured that the rear wing was removed.

By changing the rear suspension and the front wing, Ferrari lost a lot of time in Sochi and Suzuka. In Russia, Ferrari mainly lost the time in the third sector. On Friday in Japan, Ferrari lost time during the entire lap. Both drivers also had trouble keeping the temperature in their rear tyres. It was once again was an indication that the changes at the new rear suspension and rear wing were not right. The increased aerodynamics and the change of the 'rake' have contributed to the struggle with the rear tyres. Ferrari decided to change course from Friday to Saturday, making it first time since Barcelona that it went back conservatively. At the beginning of the season, the Ferraris could keep its tyre temperatures and was able to manage the tyres the entire race. But following the adjustments to the rear suspension and the introduction of the new rear wing, Ferrari ran into problems.

Nevertheless, the speed of the Ferrari was good on Saturday. Only the big mistake during Q3 when Ferrari went out on intermediates, concealed this spectacular improvement. It makes it clear once again that Ferrari has taken the wrong step with the development of the car. It could be suggested that the feedback from the drivers, Raikkonen and Vettel, has been used in the wrong way.