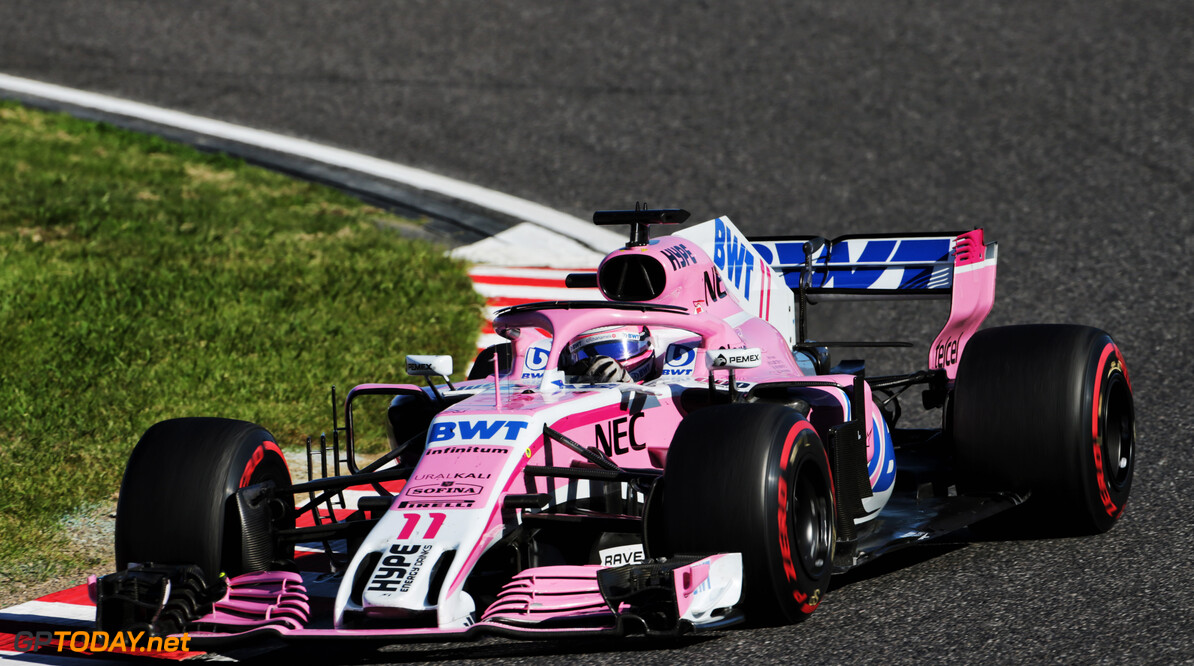 Sergio Perez says that he is still targeting 'theoretical fourth' for Force India by the end of the season. The Silverstone squad currently sits in seventh place in the championship but would be fourth if not for entering the second half of the season as a new entry.

All of Sahara Force India's points were stripped following a takeover by a consortium of investors in August. The new owners purchased all of the assets but did not buy the entry. This meant the team had to start from scratch and enter the second half of the season with zero points.

Since racing under the name 'Racing Point Force India', it has bagged 43 points. Adding that to the 59 it scored prior to Belgium, it accumulates to 102 points which takes it 10 points clear of Renault in fourth place.

Although overtaking McLaren for sixth in the constructor's table in the remaining four races is Force India's realistic target, Perez says that he is aiming to finish fourth 'theoretically', ahead of Renault and Haas.

“At the moment we’re seventh so the next target is sixth, which will be amazing if we manage to beat McLaren before the end of the season. But to me that’s irrelevant. To me I want to do my calculation after Abu Dhabi how many points we scored this year and if we finish fourth or not. That’s very easy mathematics to do and that’s my biggest target to theoretically finish fourth at the end of the year.

"I’ve always said for me in the back of my mind P4 in the championship, in the constructors, that is what matters,” he said. “We just want to claim as many positions as possible. The team is seventh in the championship on 43 points, 15 behind McLaren. With the 59 points which was deducted it would be fourth on 102 points, 10 ahead of Renault.!