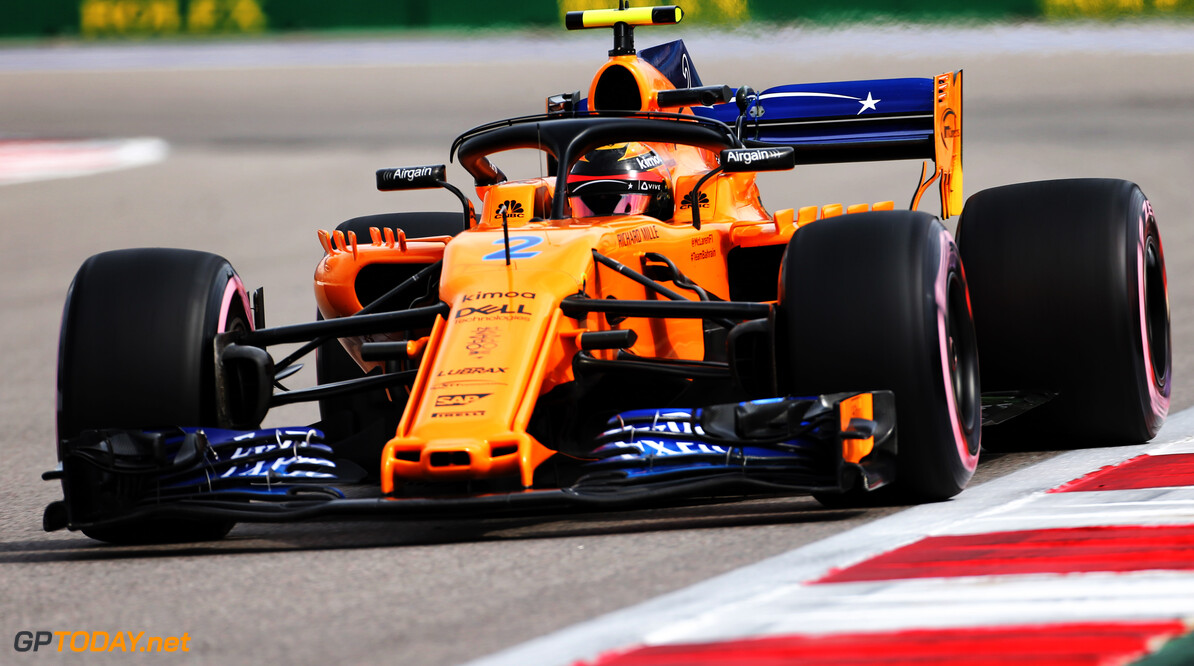 Stoffel Vandoorne has been handed a five-place grid penalty for the Russian Grand Prix after McLaren fitted a new gearbox overnight. The Belgian was set to start the race in P14, despite qualifying in P18 on Saturday.

Vandoorne becomes the sixth driver to receive a grid penalty, joining teammate Fernando Alonso, the two Toro Rossos and the two Red Bulls. Despite the five-place drop, 2015 GP2 champion will start the race from P15 as his penalty is less severe than those behind him.

Vandoorne had a tough qualifying session, failing to out-qualify Alonso despite the Spaniard giving him a toe down the start-finish straight. Speaking after the session, the outgoing McLaren driver said that he knew he was in for a tough time.

“It was always going to be difficult for us around here this weekend. In FP3 this morning, I think we saw that the pace of the car wasn’t looking very strong. Going in to qualifying, our target was to try and get ahead of the Williamses.

"We managed to beat one of them today. I don’t yet know where that puts us once all the penalties are applied. Our car is lacking performance in a number of areas. The balance isn’t always perfect but it feels reasonable; we just lack general performance."