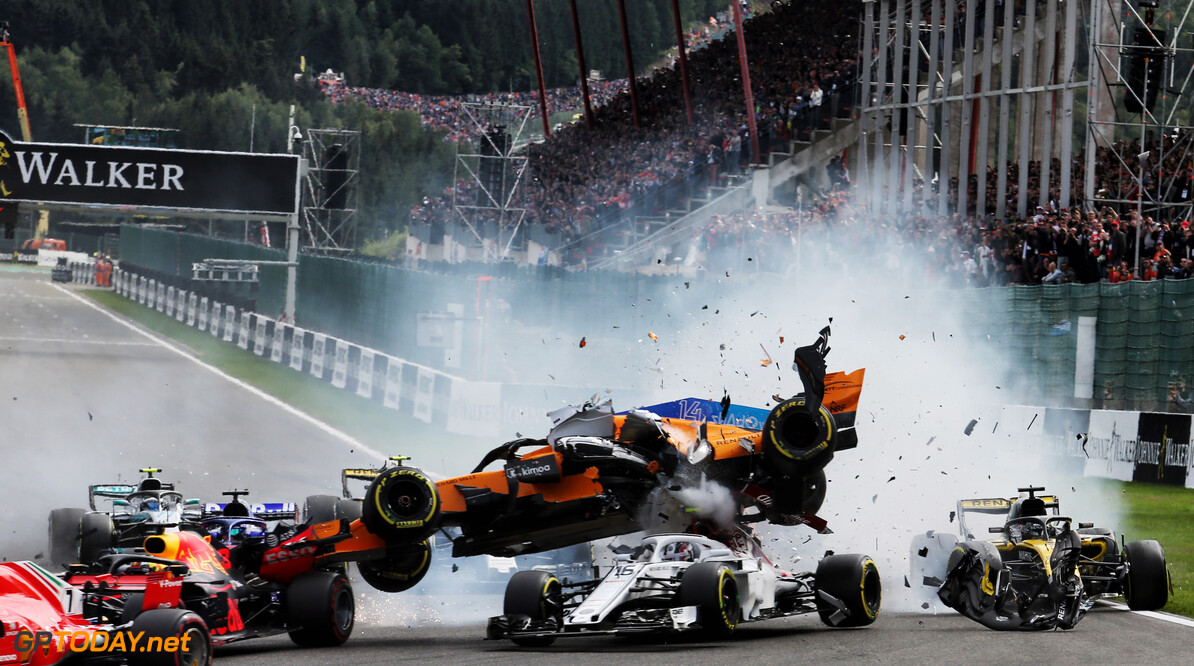 Fernando Alonso is still feeling pain in his right hand and wrist following the dramatic opening lap crash at Spa-Francorchamps three weeks ago. Alonso was launched over the top of Charles Leclerc's Sauber after he was hit from behind by Nico Hulkenberg.

Alonso retired from the race immediately due to heavy car damage, but was cleared to compete in the next race at Monza just one week later. However, the Spaniard revealed in Singapore that he is still experiencing discomfort from the accident.

"I thought that it could be okay by now but it's more or less at the same level of pain," Alonso said when asked about his pain. "It's strange. Probably next week I will do some further checks. We don't know [if it's broken]."

But the 37-year-old isn't expecting the pain to cause him any problems around this Marina Bay Circuit this weekend: "While driving, with the adrenaline and everything, you don't feel it at all," he said. "But with the normal day things, like cleaning teeth, you do feel some pain."

Alonso ended the second practice session in Singapore on Friday in eighth place, providing encouragement to McLaren that it could be in with a shot of points on Sunday. However Alonso knows that achieving points will be a tough challenge for the team.

"I think last year we knew the car was really good on the chassis side and on these type of circuits where the engine was not very important, we were always easily in the top 10 and fighting sometimes for top five," Alonso said. "This year is a little bit more difficult. The car is not as good as last year and we're struggling a little bit more, even in these type of circuits."