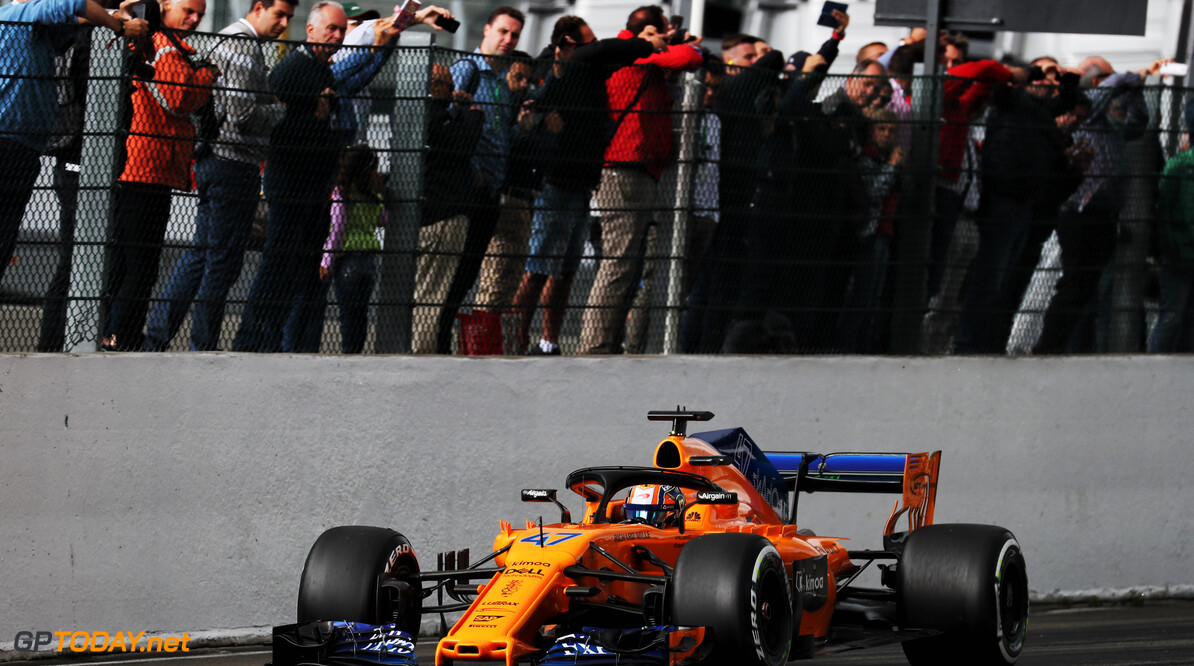 Lando Norris says that being compared to Lewis Hamilton is not necessarily a bad thing, but insists that McLaren is a completely different team now to what it was 11 years ago. Norris will make his F1 debut with the Woking squad next year, partnering Carlos Sainz.

In 2007, Hamilton also joined McLaren as a rookie after an impressive junior career. The Briton was in contention for the title that season, missing out by just a single point. Norris pointed out that the team is in a much tougher situation right now, but is happy to be compared to the four-time world champion.

"I think being compared to someone who could be about to win five world championships, he's won four already, I don't think it's a bad thing in any way," Norris said. "As long as you're getting compared on the good stats and not the bad stats.

"But I think it's still very different. He came into McLaren when they were doing extremely well, and I've joined when they're going through a pretty tricky time. Things over the last few years have basically got a bit lost. I think with my opportunity of driving next year, as well as Carlos, it's a fresh start and what the team needs to get back to where they need to be."

McLaren has struggled throughout the hybrid era, taking just two podium finishes - both coming at the 2014 Australian Grand Prix. Norris' priority for 2019 is to beat teammate Sainz while also helping McLaren to make gains towards the front of the grid.

"Rule number one is to beat your teammate," Norris said. "Apart from that, it's going to be a tough year for McLaren, we are not going to be winning. We are probably not going to be competing against Ferrari or Mercedes but I would like to say we can make a step forward from where we are now basically.

"A lot of it is going to be progressing throughout the year. Like I said, developing the car for the next few years so we can be even better and start challenging for podiums and whatever. There's nothing now, it will be much easier to say something when we get into pre-season testing and we know where we are as a team. Until then it's just being able to improve from where we are now."

Despite a flurry of young drivers (Sergio Perez, Kevin Magnussen and Stoffel Vandoorne) spending two years or less with McLaren since 2013, Norris is confident that he can prove himself worthy of a longer stay.

"Of course I want to say I'm better than the other drivers, but I have something to prove, whether it's something against Carlos or just in general over the next year. It's too hard to say what's going to happen. I think as long as I do a good job and put in all my effort to proving that I'm worth it, then everything should be fine.

"They want to help me develop into however they need me to be, pretty much. Every driver is different, so I just hope whatever I do is going to be good enough, because it's not that I just want to be with McLaren. I want to win with McLaren. I don't think it's going to be in the next two years, I think it's more of a longer project than just being with the team for one year."