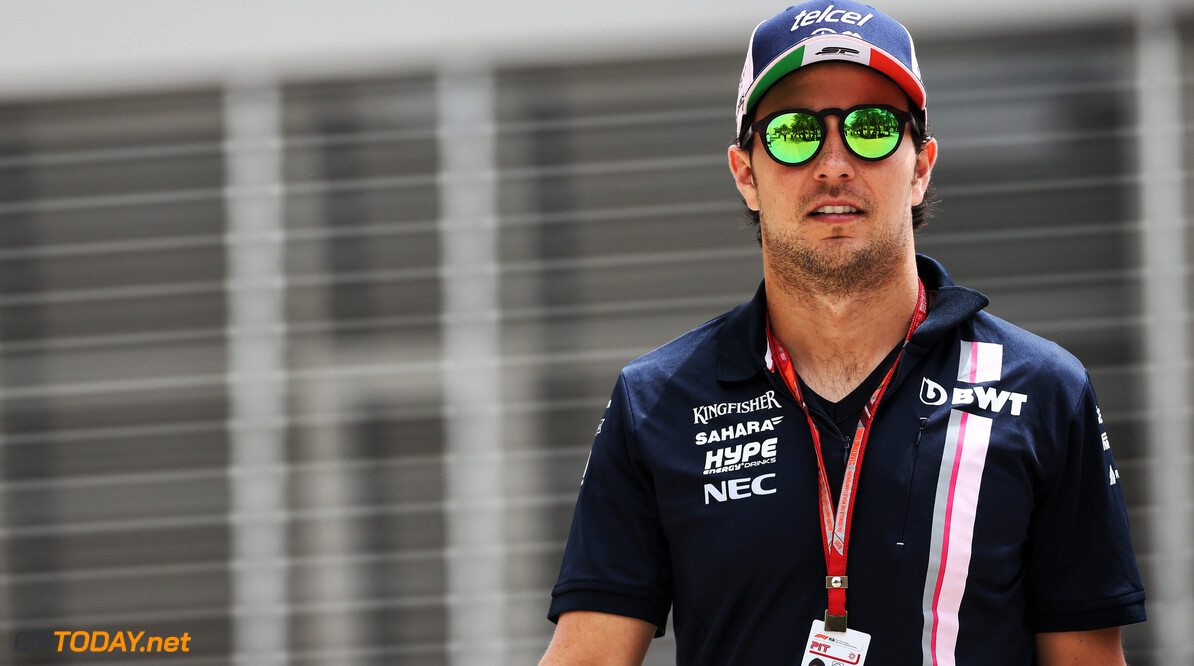 Sergio Perez says that he has his future secured for next season after penning a deal. The Mexican is expected to stay on at Force India, however there were suggestions around the paddock on Saturday that he has held talks with Haas to replace Romain Grosjean.

Perez has raced for Force India since 2014, joining the Silverstone outfit after a difficult season with McLaren. At qualifying for the Belgian Grand Prix, the 28-year-old qualified in an impressive fourth place, behind teammate Esteban Ocon.

Perez says that he can't confirm is plans just yet, but it is probable that the news will come out before next week's Italian Grand Prix: “For me I already know what I'm doing next year. But I cannot communicate it yet. I don't think it'll be long from now. We are not in a hurry, I think."

Perez's best qualifying result of the season came in a chaotic final qualifying session. As the rain fell, he headed out on dry tyres and came very close to hitting the barriers going through Eau Rouge. And after a difficult period for the team, Perez says it makes the result even better.

"So many emotions are going through my head – it has been a really difficult session, which makes the result even sweeter," he said. "It’s a great result for the team – for the new owners, the old ones who built the team to what it is now, and everyone who works so hard every day.

"The rain made things stressful and we had to take some risks. We chose to stay out on slicks because the track was dry in sectors one and two, but as soon as we did the rain picked up quickly," he continued. "I had a massive moment in Eau Rouge and I was lucky to stay out of the wall, but I was really expecting the worst – there’s no small crash there.

"Perhaps with one more lap I would have been able to fight for pole position, but we can still be very happy about P4. We are in a great position for tomorrow and we can put up a strong fight in the race. At the very least, we are targeting a lot of points – but you can never make predictions in Spa.”