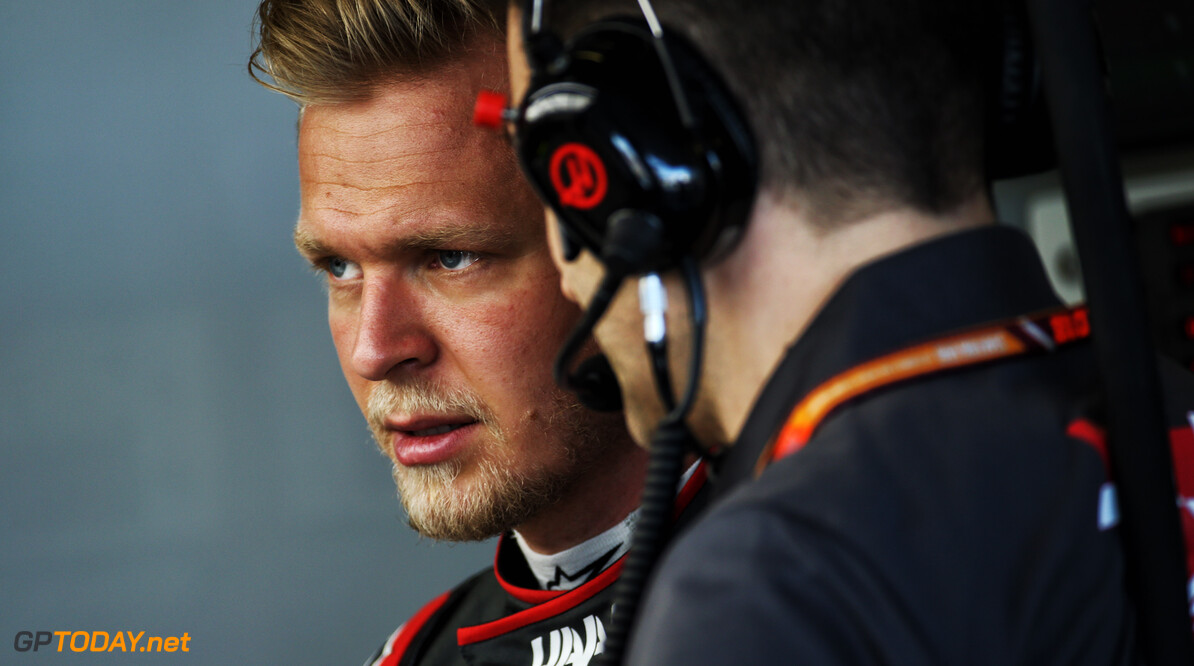 Magnussen "messed up" during hectic Q3

Kevin Magnussen says that he messed up his run during the final qualifying session at Spa. The top-ten shootout was interrupted by rain, which saw drivers scrambling back to the pitlane to fit the intermediate tyre after being sent out on dries.

Magnussen will line-up in ninth place for the Grand Prix, after he set the slowest timed lap of anybody in the session (Bottas didn't set a time as he takes an engine penalty). The Dane explained how he messed up his chance to get higher up the grid.

“It was a pretty hectic Q3,” said Magnussen. “It had a lot of potential to be good, and in those kinds of conditions, you can make a big difference. You can also mess it up, which I did. The track was dry on the last lap. You go out on the intermediates, and it’s wet with spray.

“It doesn’t look like it’s going to dry up, so you push with everything you can. Then on the second lap, the tyres are already gone. By the third lap, the track was so dry that you get massively faster again, but today I missed out, whereas the likes of the Force Indias got their big chance.”

However, the former McLaren and Renault driver took encouragement from getting both cars inside the top ten. The 25-year-old will be hoping to add to the 45 points that he's bagged so far this year at Sunday's race.

“It’s exciting, but obviously it’s disappointing when it’s not gone your way,” he said. “At the end of the day, two cars in Q3 is good, and we made some good steps in the dry in Q1 and Q2. We were running in the top-10 consistently. I think the car’s race pace is good, so tomorrow should be interesting.”