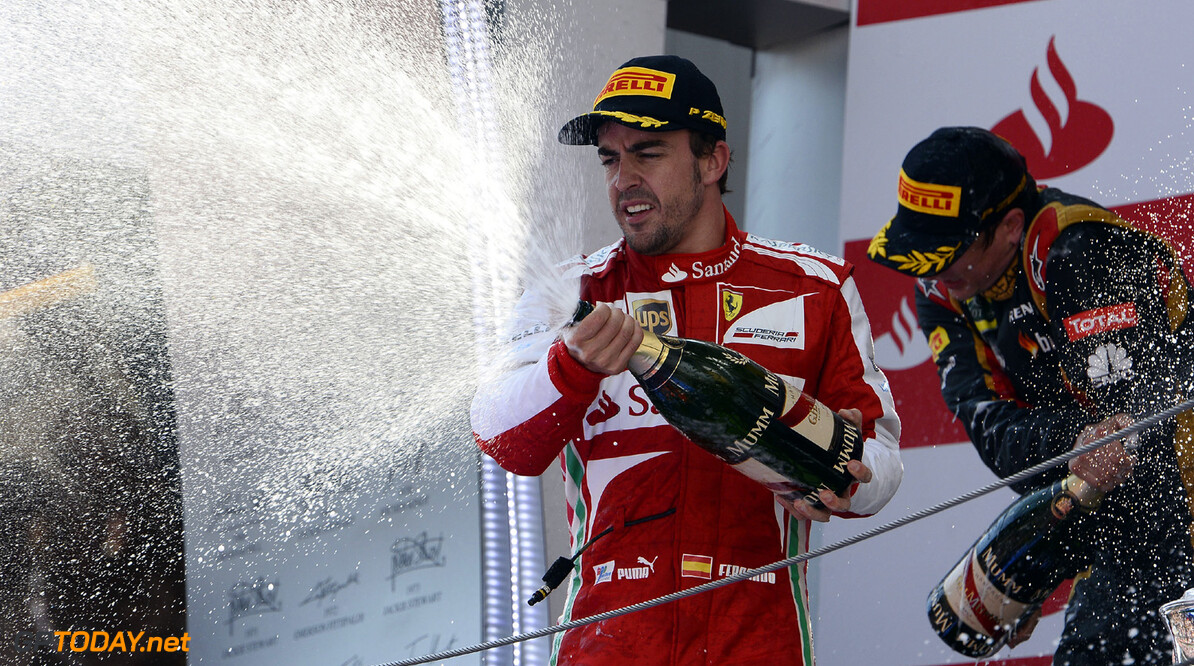 Alonso will be happy if he can "taste champagne" again

Fernando Alonso admits that McLaren will be happy in 2017 if it can make frequent trips to the podium. The Woking-based team's last top-three finish was at the 2014 Australian Grand Prix, when Kevin Magnussen and Jenson Button finished second and third respectively.

Since joining forces with Honda in 2015, McLaren has been left without a podium finish. However, towards the end of the 2017 season, it announced that it would be splitting from Honda and signed a multi-year deal with French manufacturer Renault.

But Alonso says it's difficult to assess where he and McLaren will find itself in the pecking order this year: "In terms of results, it is always going to be difficult to predict. This is Formula 1, it is not mathematical that you know in advance. Anything can happen. Even the favourite ones, the champions, Mercedes cannot guarantee that in 2018 they will be fastest.

"But we are quite optimistic, we know what Red Bull is doing with the Renault power unit, they are maybe not the fastest in qualifying but they are quite fast in the race. They’ve been on a couple of podiums, they won two or three races, so with those kinds of results I think we will be very happy. If we are in the fight and if we can taste the champagne again."

Now he thinks that McLaren is ready to return to the front after three years of disappointing results:  "I think in the last three years we all changed here in the team. We all had some tough moments, we learned things, hard lessons sometimes because we had some painful retirements. The team now is ready to perform at the best.

"The biggest thing I learned in the last three years was the speed of the team, they never give up, they were very united, very constructive, working flat out to bring even half a tenth for the next race even if we were fighting for 16th. That spirit in the team was remarkable, its something that I will keep for the long term."