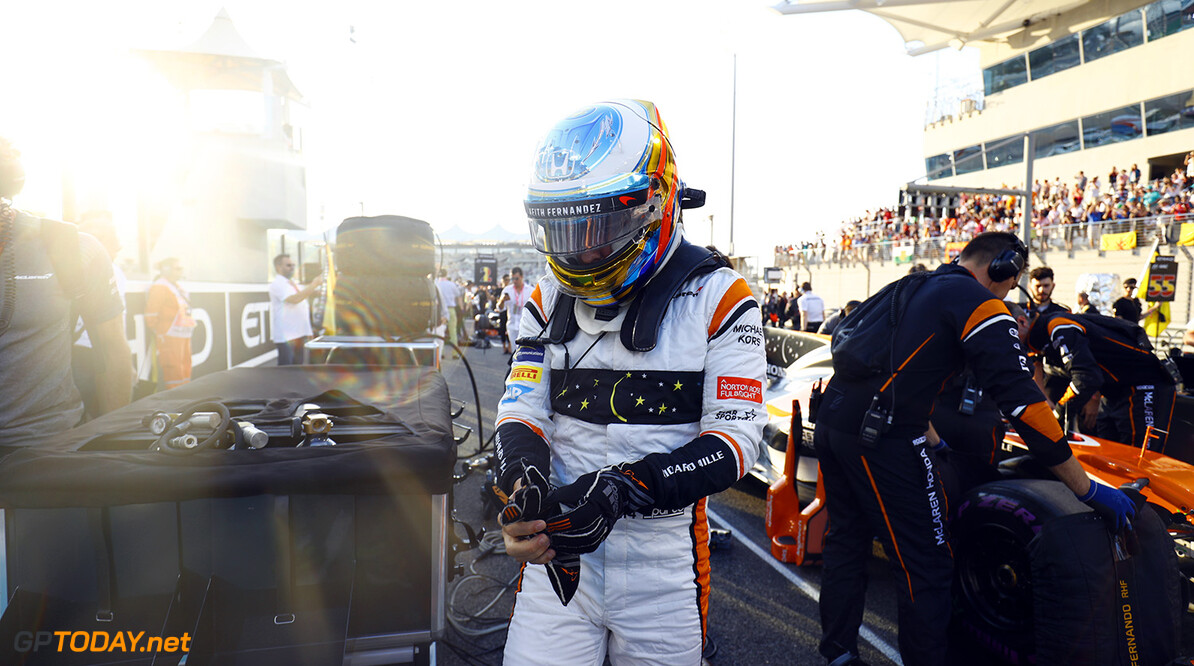 Fernando Alonso says he has "total" confidence that he will win in 2018. After three bad years with Honda power, McLaren is now switching to customer Renault engines. Spaniard Alonso won his titles with works Renault power over a decade ago, and so he said the French marque will be able to fix its reliability problems of late 2017.

"Total. Total," he said again when asked by Spain's AS newspaper how much confidence he has. "I believe there are three engine manufacturers now at a very high level, and of the three, Mercedes has dominated in this era. But if you have to trust someone, you trust Renault, who in the last ten or 12 years has won six or seven times," Alonso added. "Renault is an engine of guarantees and always has been," he said.

Alonso will uniquely split his time between F1 and the world endurance championship this year, declaring that between his duties, "I will win" in 2018. Asked if he can win in F1, Alonso answered: "I don't know. We'll see. But I said I am going to win this year and I will."

Alonso drove an all-orange McLaren entry in the Indy 500 last year, and now there is speculation the British team will field a similar livery in F1. "I haven't seen the colours but if it is orange like in Indy it will be perfect," he said.

"But it's also perfect if a sponsor comes and paints it whatever colour at the last moment. What is really certain is that expectations are much better than we had in the last three winters. The atmosphere in the factory is much more positive," said Alonso. (GMM)