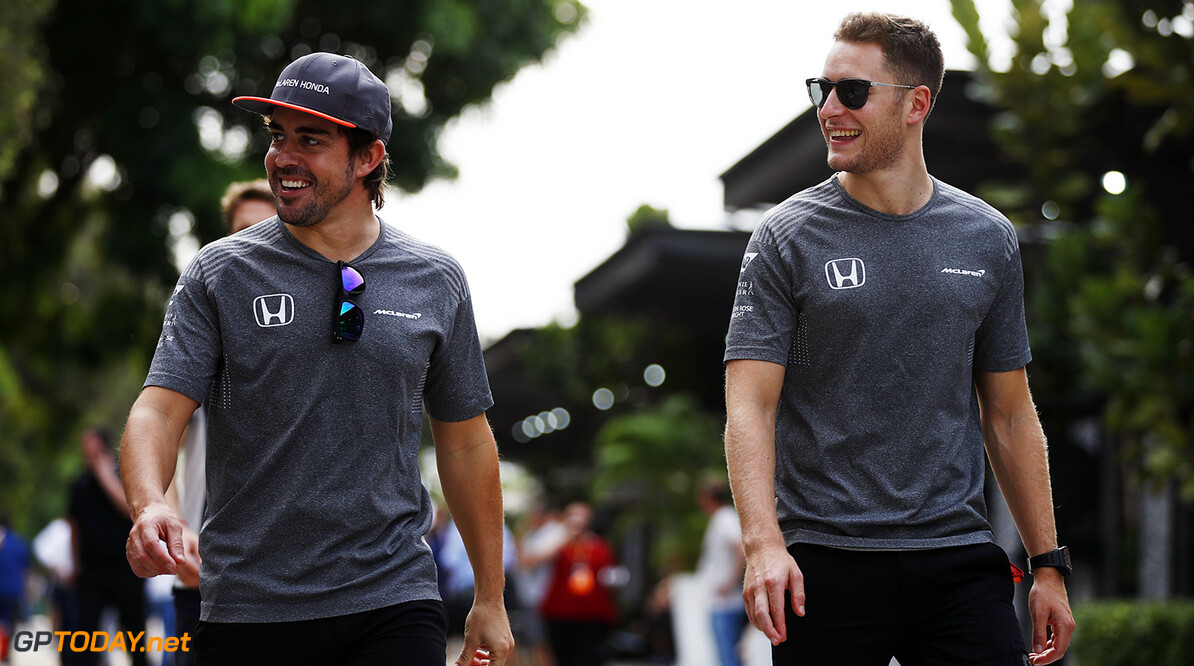 Vandoorne: "Alonso not here to be my mentor"

Stoffel Vandoorne says he does not need Fernando Alonso's help in formula one. After a sluggish start, Belgian rookie Vandoorne is now regularly competitive alongside his McLaren teammate Alonso, who is arguably one of the best F1 drivers ever.

"He's probably the best reference in formula one," Vandoorne agrees. "I have a good relationship with him, even if there is a lot of competition, which is normal. We do not have a strong package this year, but it has been positive for me because I had the chance to get quite close to him," he added.

But Vandoorne, 25, said it is wrong to compare his relationship with Alonso to Felipe Massa's with Lance Stroll at Williams this year. Vandoorne insists Alonso was not his "mentor". "No!" he told Brazil's Globo.

"Of course we work together on the same team and in the same direction, but he does not stand next to me helping. We are very open and have normal conversations when we are out of the car," Vandoorne added. "But he is not there to be my mentor. Maybe Lance needs this, I don't know."