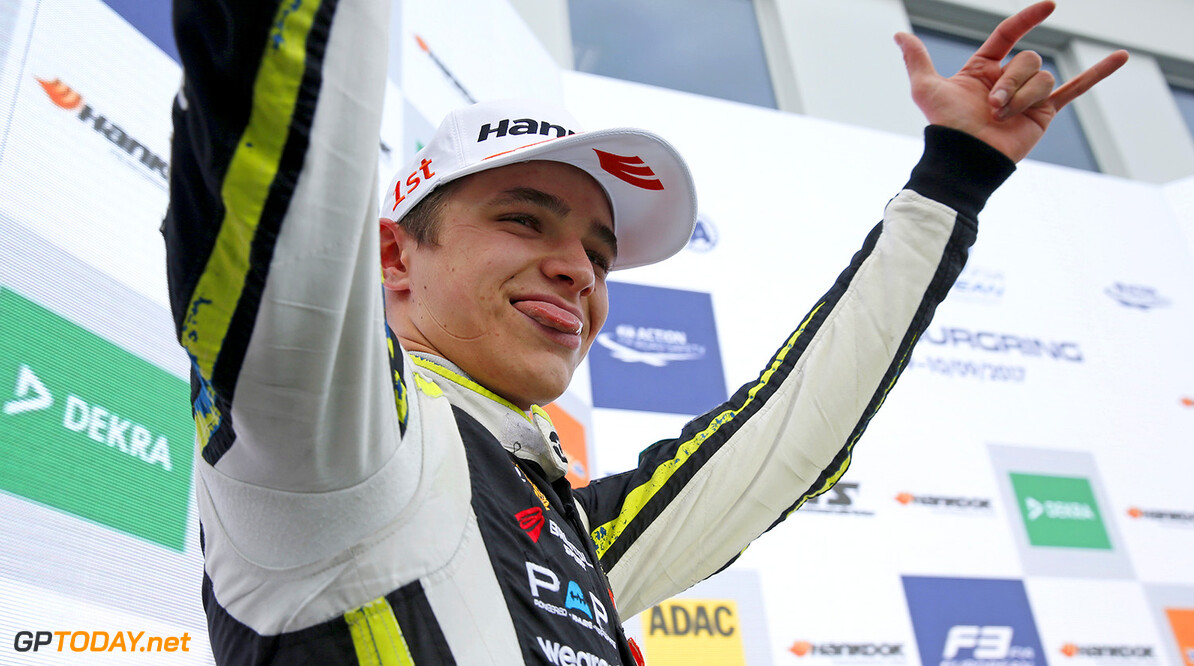 McLaren is pleased to confirm that Lando Norris will become the team’s official Formula 1 test and reserve driver for the 2018 season. Lando Norris has been a member of the McLaren Young Driver programme since the start of 2017, and today’s announcement crowns a hugely impressive 12 months for the 17 year old.

Last December, he won the prestigious McLaren Autosport BRDC Young Driver Award, an accolade renowned for putting promising young talent on the motorsport map. In August, he impressed hugely on his Formula 1 test debut at the Hungaroring, spending a day developing the MCL32. Last month, he won the FIA European Formula 3 Championship, at his very first attempt. Now, he is currently assessing the opportunities and budgets required for a full single-seater racing campaign in 2018.

As test and reserve driver, Lando Norris will become a fully engaged member of the McLaren race team. He will attend grands prix, working closely with the drivers, engineering and marketing teams as he develops and expands his understanding of the role of a modern Formula 1 driver. He will also attend and take part in the team’s test 2018 programme, with active roles both on the track and in the simulator.

Lando Norris said: "I’m so excited to be joining McLaren as test and reserve driver for 2018. The last 12 months have been an incredible journey for me – I’ve enjoyed every single minute – and this is just an amazing way to bring the year to an end. I’m really looking forward to helping the team, starting next week with the tyre test at Interlagos, and I will work harder than ever to learn and develop across the next year. I have two excellent teachers in Fernando and Stoffel, and I will do my best to help with the team’s efforts to get back to the front. I’m still working hard to finalise my own racing programme for 2018 – we’re close on a number of different fronts, but not quite there yet. I hope to be able to announce something shortly."

Zak Brown, McLaren Technology Group Executive Director, said: "Lando is an outstanding young talent. Today’s announcement is thoroughly deserved, and underlines the incredible high regard in which we hold his abilities. By winning last year in Formula Renault, triumphing in the McLaren Autosport BRDC Young Driver Award, and then showing the speed and consistency needed to win the European F3 championship, he is undoubtedly carving himself a reputation as one of the very best up-and-coming single-seater drivers in the world. His summer test for McLaren was also remarkably impressive, and was further proof that he is ready to step up and take on a role of this size, scope and responsibility. At McLaren, we are all extremely keen to help him achieve his goal of racing in Formula 1.”

Eric Boullier, McLaren Racing Director, said: "We feel it’s very important to have a fully enrolled test and reserve driver within the team. Lando will attend grands prix and become a fully integrated member of the team. Lando is somebody who arrives with a very high level of ability, ambition and application; it is our job to develop and fine-tune his focus as we increase his understanding of how a Formula 1 team operates and how a modern grand prix car works. There will be plenty of opportunity to observe, learn and participate throughout 2018, and we want to make sure Lando is fully prepared, if needed, to step into Fernando or Stoffel’s shoes at a moment’s notice."