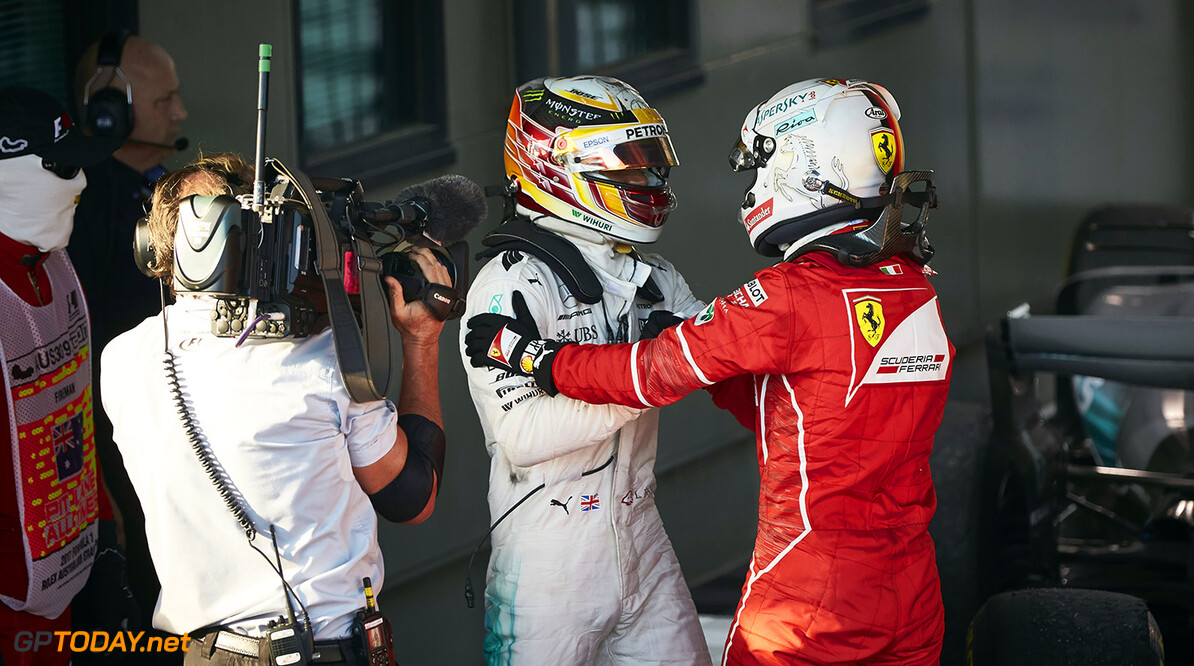 Gerhard Berger is predicting a "big battle" between Lewis Hamilton and Sebastian Vettel for the 2018 championship. The former F1 driver's prediction comes as the tension in this year's title battle fizzles, following Ferrari and Vettel's horror three-race tour through Asia.

But Berger says Vettel should not consider himself a loser: "Vettel should not feel as a loser of 2017," the former McLaren and Ferrari driver told Auto Bild. "Ferrari made a giant leap from last season and put Mercedes under much more pressure than was expected. They are on the right track. In 2018 there will be a big battle between Hamilton and Vettel, both of whom will have four world championship titles by then," he said.

Berger, now the DTM series boss, was speaking last weekend at the finale of the German touring car championship at Hockenheim. The event was attended by Vettel himself, as the Ferrari driver watched over the progress of his younger brother Fabian in the Audi TT Cup support race.

When asked why Vettel's championship campaign collapsed so suddenly in 2017, Berger said: "It may be that Ferrari was surprised how well they were doing and put too much pressure on. If you develop faster than planned then the risk of defects increases," he said.