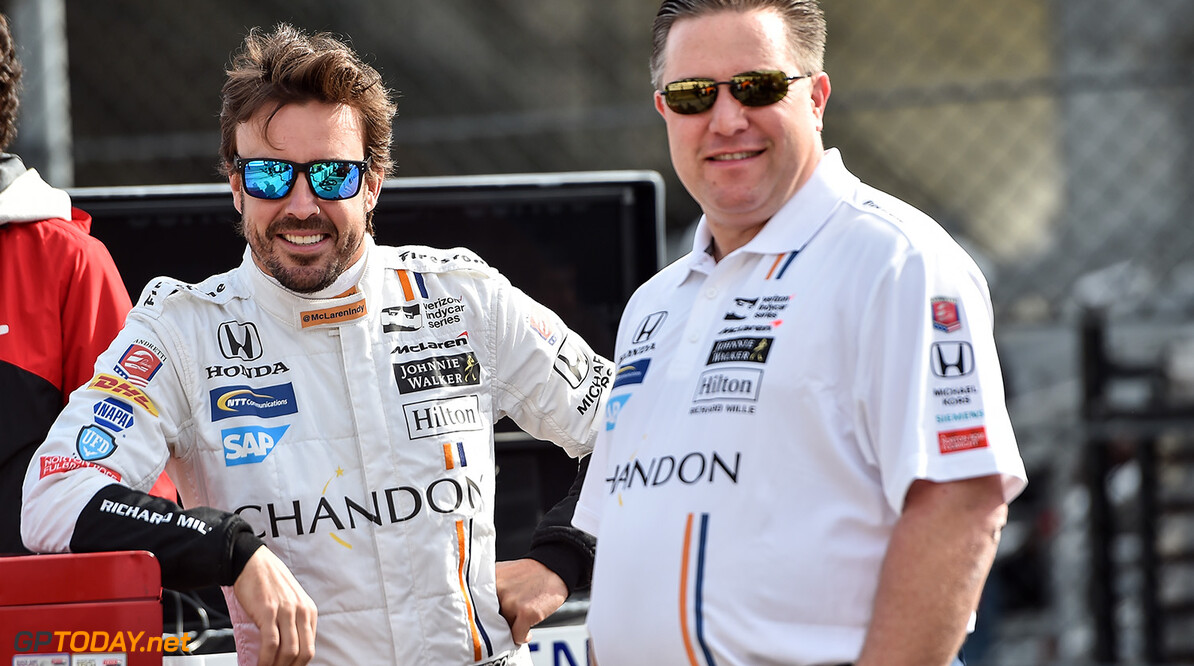 McLaren could let Fernando Alonso contest the famous Daytona 24 hour endurance sports car race early next year. It is believed the British team and the Spanish driver are discussing the fine details of their F1 contract for 2018.

Alonso skipped Monaco to contest the Indy 500 this year, but he has expressed interest in trying his hand at Le Mans in 2018. Referring to Monaco, Indy and Le Mans, Alonso now refers regularly to his ambition to secure the motor racing 'triple crown'. "The priority is formula one," he said, "with triple crown in the background. But there are many possibilities to do a fantastic 2018."


France's Auto Hebdo reports that Alonso, 36, may be allowed to try to win the Daytona 24 hour race early next year. "The race has a great history and it is held in January, when the F1 season has not begun," a report in the Spanish newspaper El Mundo Deportivo read. A team owned by McLaren executive Zak Brown, United Autosports, races at Daytona. (GMM)
F1 News Fernando Alonso McLaren
<< Previous article Next article >>
.