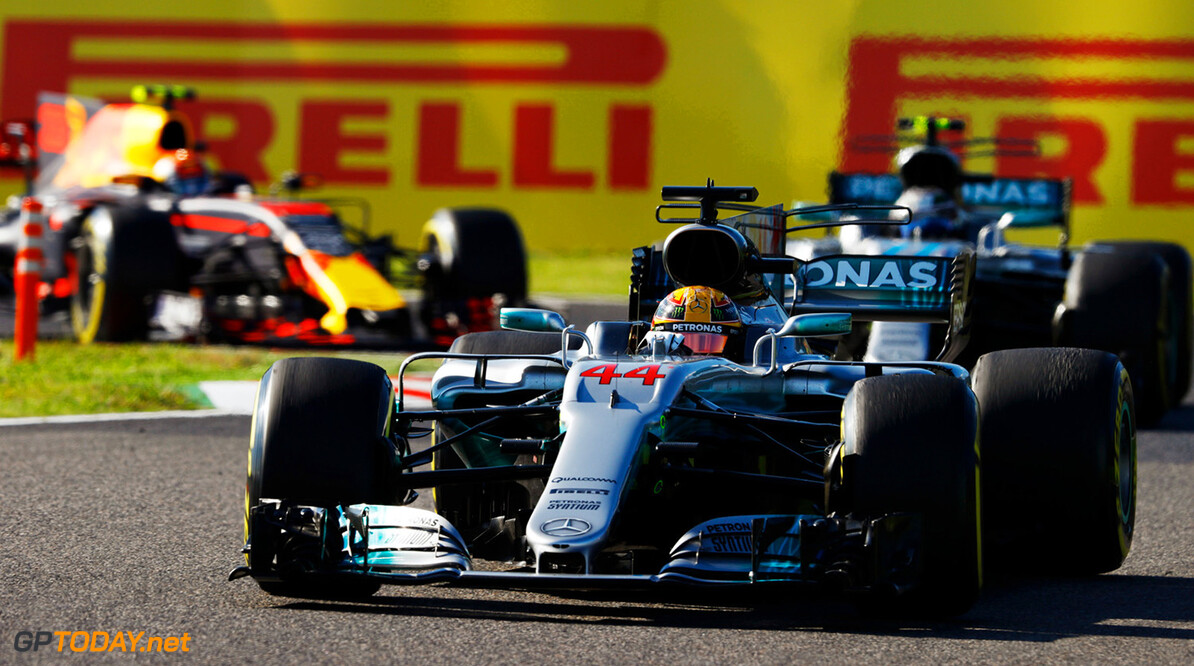 Mercedes not worried about Hamilton's engine

Mercedes is not worried about an engine problem aboard runaway championship leader Lewis Hamilton's car. At the chequered flag at Suzuka, the Briton said on the radio that despite winning the race, he felt strange vibrations coming from the "PU" (power unit).

But team boss Toto Wolff says there is another explanation. "From the beginning Lewis drove very smoothly, saving the engine and the tyres, but closer to the finish there were difficulties," he said. "It was not a problem, just the tyres did not immediately start working again after the virtual safety car."

Hamilton also said he is not worried, despite admitting to making the concerned radio call about the engine. "I felt a couple of things so I just point out anything I might forget to say afterwards," said the Briton. "I honestly don't think there's anything wrong with the engine. You make lots of different switch changes and the turbo makes strange noises and different vibrations, so I don't think it's anything." (GMM)