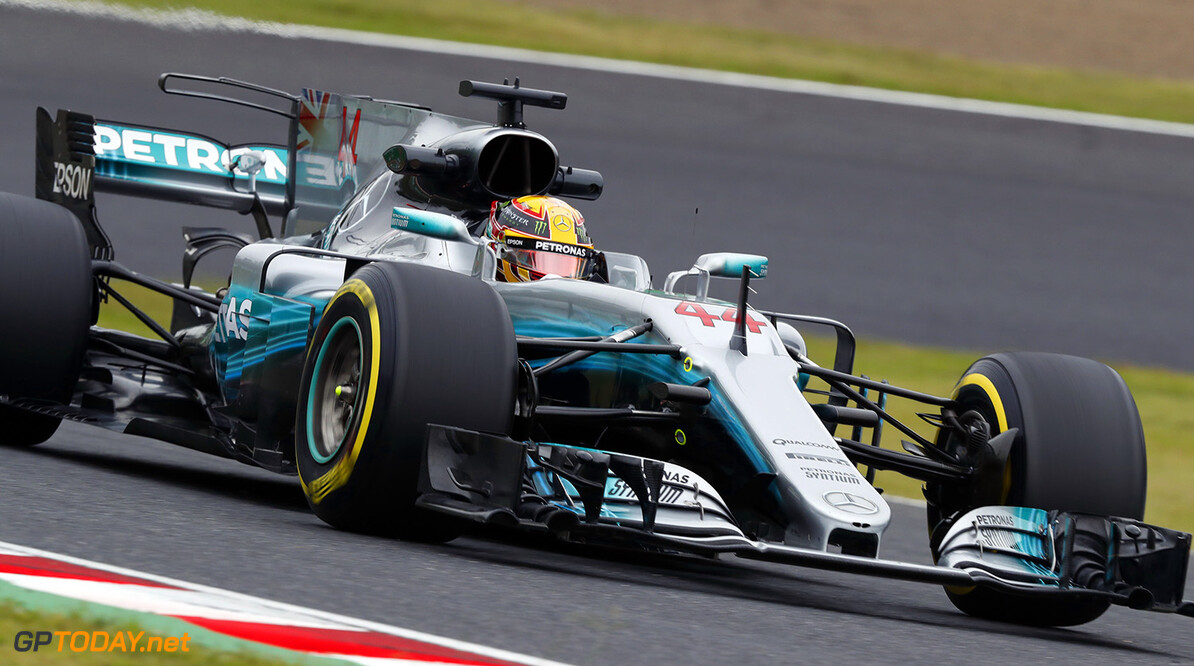 Lewis Hamilton has won the Japanese Grand Prix, taking his 61st career victory. The Briton now holds a 59 point lead in the championship after his title rival Sebastian Vettel suffered from a spark plug before the race. Ferrari thought they had fixed it before the lights went out, however, the German was forced to peel into the pits early on and retire his car.

Following on from his win last weekend in Malaysia, Max Verstappen took home another podium, crossing the line in second place. The Dutchman finished just over three seconds behind Hamilton. Verstappen's teammate Daniel Ricciardo took the final spot on the podium.

At the end of the race, Hamilton reported that he was suffering from vibrations, which allowed Verstappen to close right up onto the rear wing of the Mercedes. However, Hamilton hung on, aided by Felipe Massa and Fernando Alonso who were lapped while scrapping for the final championship point.

Valtteri Bottas, who started the race from sixth, came home in fourth place behind his teammate and the two Red Bulls. Bottas' compatriot Kimi Raikkonen, who started down in tenth position, recovered to finish in fifth, 28 seconds behind Bottas.

The two Force India's followed in sixth and seventh. Esteban Ocon, who was running in third place for the first ten laps, headed home Sergio Perez. The pair were separated by a very small margin, but due to a number of on-track collisions earlier this year, the team forbid them for racing.

Haas claimed its second double points finish of the season, with Kevin Magnussen and Romain Grosjean crossing the line in eighth and ninth respectively. Massa kept Alonso behind for tenth place, with the Spaniard now under investigation for ignoring blue flags.

Hamilton managed to keep his lead from the start, with Verstappen getting by Ricciardo for third place. Carlos Sainz's last race for Toro Rosso ended in disaster after he spun off on the first lap, making contact with the barriers. It saw the first of three virtual safety car deployments.

Vettel soon followed the Spaniard in retirement, as his engine issue saw him drop down the field. Speaking to media after returning to the garage, he said: "Of course it hurts, we're all disappointed, but the best [thing to do] is to get back, get some rest, and go flat out for the next four races and see what happens."

The third retirement of the day came on lap 8 when a mistake from Marcus Ericsson saw him pitch his Sauber into the barrier at Degner 2. With the virtual safety car back out again, the pack was neutralised, but Ricciardo wasn't long getting by Ocon for third place on lap 10.

Raikkonen had an eventful day, as the Finn overtook a number of cars to make his way back up the field. On the first lap, he ran wide at the Spoon curve, dropping a number of positions. By lap 14, he was up into P7 after overtaking former teammate Massa.

While he was making moves, Verstappen began to close in on Hamilton, who started to get held up after he made his pitstop. Hamilton came out behind Bottas, who started the race on the soft compound. With Bottas going longer into the race, Hamilton's lap times began to get comprised as he drove in the dirty air of his teammate

Bottas let Hamilton by on lap 28, before he entered the pitlane to change tyres. He came back out in fourth place and went in hunt of Ricciardo. On the last lap, he was right on the tail of the Australian, but couldn't find a way past.

The final few laps saw worry for Mercedes as Verstappen closed up onto Hamilton, but as the Silver Arrow put Massa and Alonso a lap down, Verstappen couldn't get by so smoothly and lost time to take a stab at overtaking Hamilton.

There were two more retirements in the final ten laps. Nico Hulkenberg's rear wing remained open with the DRS, and the German was forced back into the garage. Meanwhile, a very strange tyre failure for Lance Stroll put him out of the race with just five laps left to run.