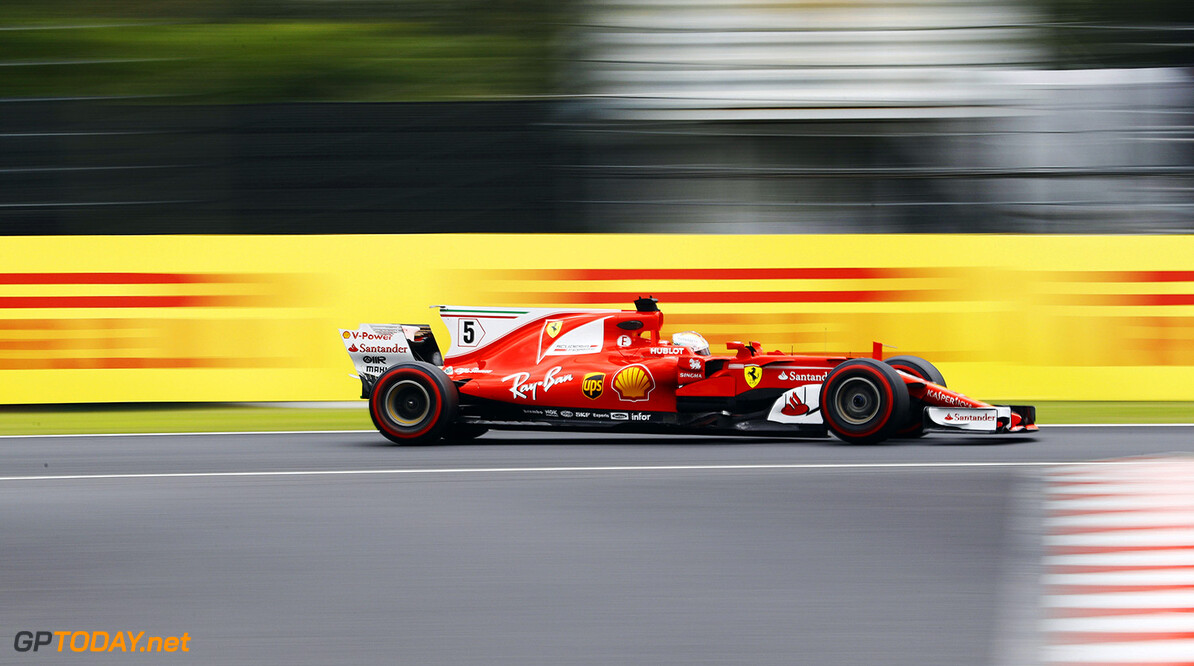 Sebastian Vettel is expecting a close fight with championship rival Lewis Hamilton at tomorrow's Japanese Grand Prix. The pair will share the front row for the start of the race despite Vettel qualifying third. Hamilton's teammate Valtteri Bottas, who qualified second, drops five places due to a gearbox penalty.

Vettel has not won a race since the Hungarian Grand Prix, before the summer break. Hamilton has won three of the last four races and has extended his lead in the championship to 34 points. With Ferrari seemingly behind Mercedes in terms of pace in qualifying, Vettel is confident the car will be stronger in the race.

"Oh, pretty good, pretty happy to be honest," he said when questioned on how he felt about his lap. "The car balance is getting better, obviously we're lacking a bit of performance but all in all it was a positive day. I think the car should be a bit better in the race.

"I don't know what pace they [Mercedes] will have. Obviously you always know what you're doing but they've been up and down - last week they weren't very quick, this week they seem to be back to normal. So I think so far this year it's been very close and I expect it to be very close tomorrow, very fast.

"I think normally we are a bit stronger in the race than quail so it's worth getting the pit together and then seeing what we can do, engineering or at the start or during the race," he concluded.