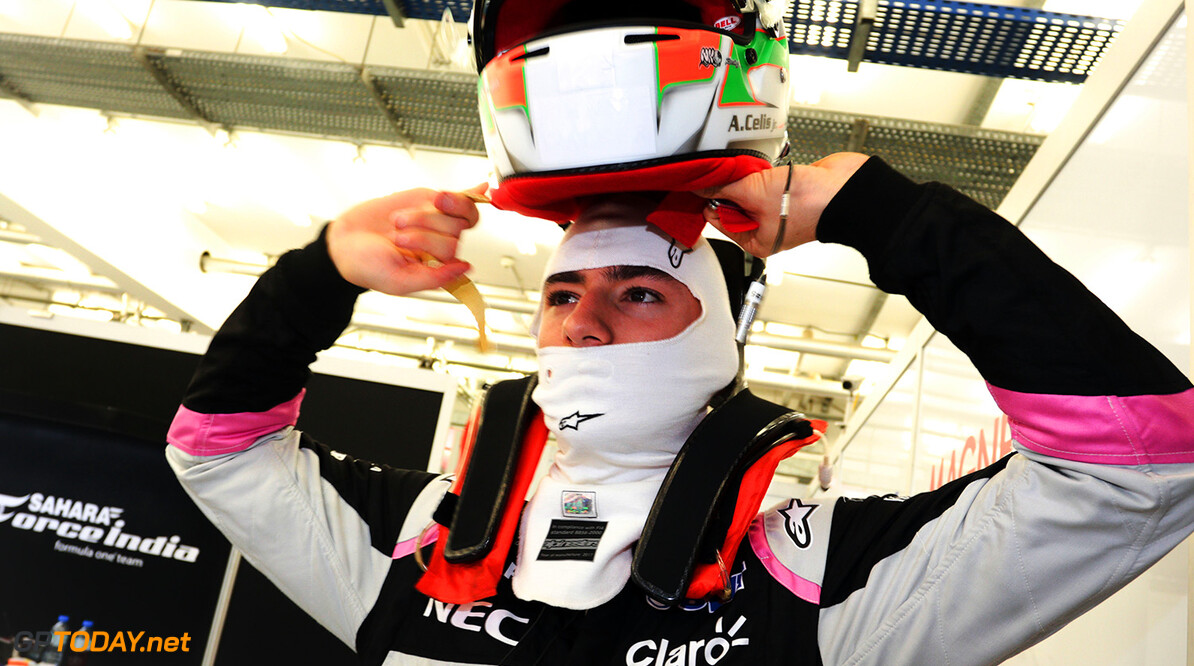 Alfonso Celis Jr to get FP1 outings in Austria and Hungary

Force India has confirmed that junior driver Alfonso Celis Jr will receive two Formula 1 practice session outings this season, coming in two of the next three races. In Austria, the Mexican will sit in the seat of compatriot Sergio Perez, while Esteban Ocon will give up his first practice session in Hungary.

Currently, the 20-year-old is competing in the Formula V8 3.5 championship, sitting third in the driver standings. taking one victory and a further five podiums so far this season. He sits 24 points behind championship leader Pietro Fittipaldi with eight races to go.

Celis is no stranger to F1 sessions, having driven Force India's VJM09 last year during the free practice sessions in Bahrain, Russia, Austria, Italy, USA and Abu Dhabi. He also took part in the in-season test after the Bahrain Grand Prix this year, so already has experience of the VJM10.