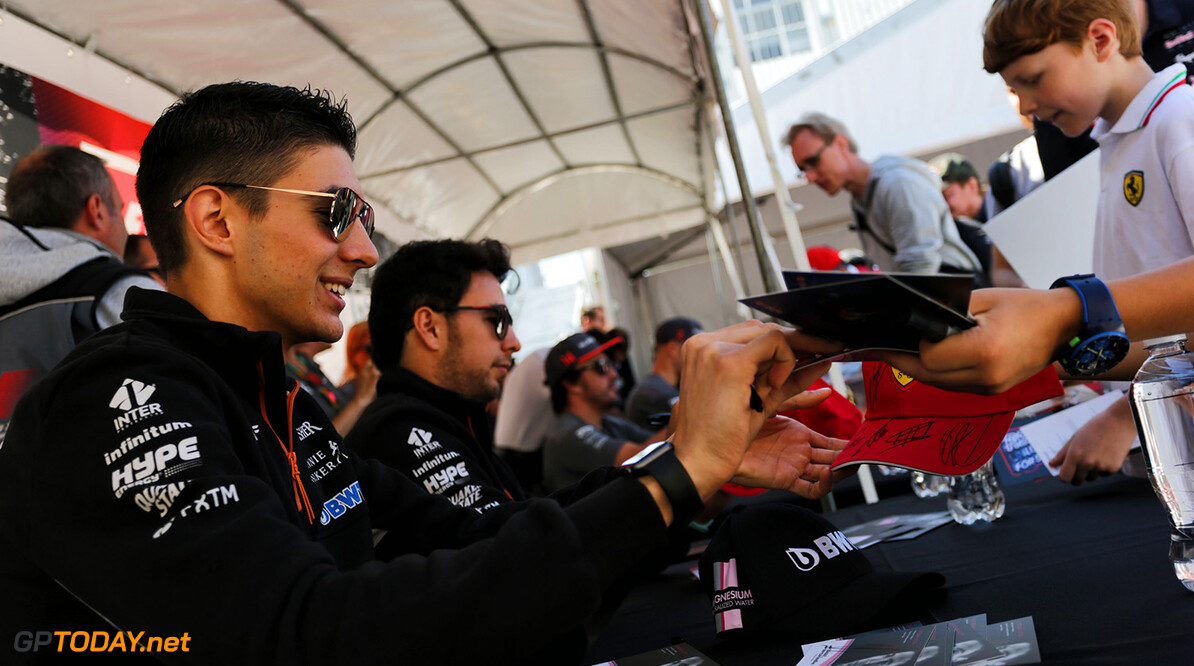 Perez and Ocon: "Everything is fine at Force India"

Force India's Sergio Perez has denied that there is any kind of tense atmosphere within the team - or that his relationship with team-mate Esteban Ocon has become strained - following proceedings during the Canadian Grand Prix a fortnight ago.

Perez ran directly ahead of Ocon during much of the race in Montreal, despite his team continuously suggesting that the Frenchman was the faster driver and should be let through to attack Daniel Ricciardo, who was running ahead of the pair. The Mexican refused to budge and duly finished as the lead Force India; he has since insisted that no full team order was ever made by the pitwall, and on a personal level he says that nothing has changed between himself and Ocon.

"Everything is fine. The team is in a very good period, we are happy and we're looking forward to doing the best we can," he stated. French media outlet RMC Sport reports that Ocon agrees with this: "Everything is fine between us," the 20 year-old is quoted as saying. "Everything is calm. We are not kart drivers, we are professionals and our job is to fight on the track, not outside of the track."