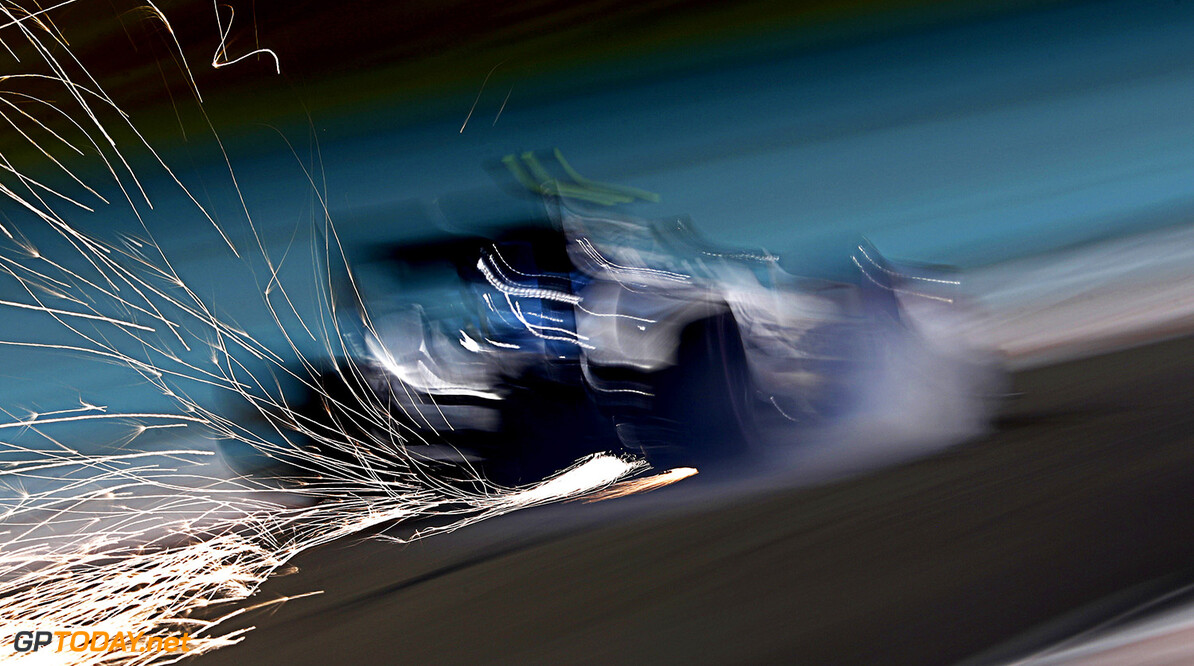 Valtteri Bottas' impending move to Mercedes isn't the only time the British team has lost a highly-rated driver to a rival team, despite contracts already being agreed.

Back in at the end of 2004, the team believed they had secured the return of Jenson Button, who made his début with the team back in 2000.

Despite contracts being signed, a dispute with BAR (which later became Honda) would go on for the next two years.

However, staying put turned out to be a good decision for Button, who went on to win the championship with the team in its Brawn GP guise in 2009. Meanwhile, Williams failed to win a race during that time.

Roll back the clock further to 1991 and Williams were finding themselves in a similar predicament.

After a few seasons driving for the struggling Tyrrell team - which included some giant-killing performances - Jean Alesi was hot property in the driver market.

Williams signed the then-two-time podium finisher for 1991, pairing him with Riccardo Patrese, but all was not straightforward.

Ferrari came in offering Alesi a chance to fulfil a childhood dream. Alesi, although a Frenchman, was born to Italian parents and racing for the Prancing Horse was a long-held ambition.

In joining Ferrari he was also given the chance to race alongside compatriot and multiple-champion Alain Prost.

The deal was an unusual one, with Ferrari having to pay Williams four million dollars (just under seven and a half million dollars today). Williams also received a Ferrari 641, the Italian team's 1990 Formula One car.

The car was supposed to be stripped down so that the team could see why it was successful. Instead, it became a fixture in the team's museum for a number of years.

"In its own way, even that was part of our history," Jonathan Williams, son of Williams founder Sir Frank Williams is quoted by Motor Sport Magazine (via Williams F1 team). "We'd signed a contract to run Jean Alesi in 1991, then Ferrari made a fairly late bid for him because Nigel Mansell had unexpectedly announced his retirement at Silverstone."

"Dad did once say that he'd like to dedicate a small corner of the museum to our competitors' cars – a Piquet Brabham BT49, a McLaren MP4/2 and so on. That was his thinking at the time, so the 641 was part of our settlement with Ferrari. I think we got some money, but we also got the car."

"We had it for 12 years. It was fully operational – and even went back to Italy for a complimentary service – but we eventually sold it on," Williams revealed. "It was becoming too much of a star attraction in what was supposed to be a Williams museum, simply because it was so distinctive."

At first the last-minute change of heart appeared to be a good one. Ferrari were championship challengers in 1990 while Williams finished in fourth. Ultimately, it proved to be a poor decision.

For the next ten seasons, Williams won five constructors' titles, four drivers' titles, and only once did they finish outside the top three in the points.

Ferrari meanwhile would only win one championship in that time, and the illustrious career that Alesi was expected to enjoy would end with just one race victory - the 1995 Canadian Grand Prix.

Making matters worse, Nigel Mansell - The man Alesi replaced at Ferrari and who took his intended place at Williams - would go on to become the 1992 world champion. Alesi's best championship finish was only fourth, which came in the two years following his exit from Ferrari in 1996 and 1997.

Should Bottas' move to Mercedes be completed in the new year, it could prove to be a career-defining switch for the Finn, but it would also be something of an unenviable hat-trick for Williams.