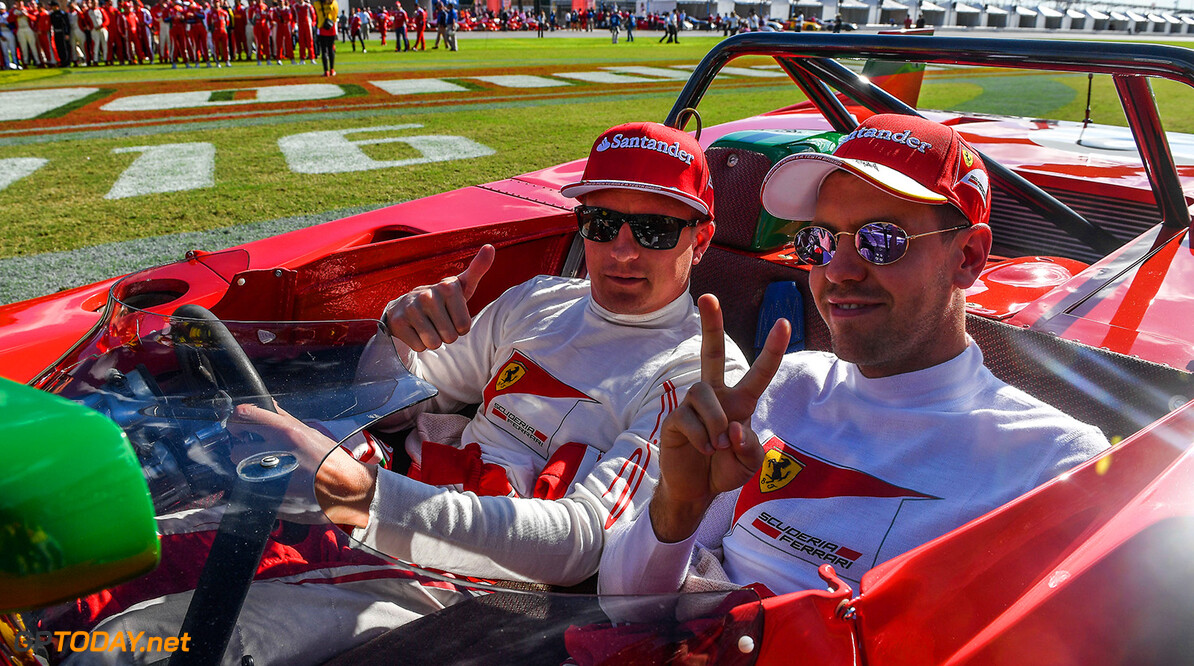 No big predictions for Ferrari in 2017

Sergio Marchionne is refusing to predict a Ferrari fight for the title in 2017.

Prior to this season, the Ferrari president boldly predicted his team would have a chance at winning the championship.

However, Ferrari in fact slipped behind Red Bull to third in the standings, enduring their second winless campaign in three years.

"Do not expect proclamations," Marchionne said at Ferrari's Christmas media lunch on Monday.

"Last time I was careless but now I only ask for us to do better than 2016, which does not seem difficult."

Speaking of the team's two world champion drivers, Marchionne sounded uncertain when discussing the immediate futures of both Kimi Raikkonen and Sebastian Vettel beyond their current contracts.

"I saw Raikkonen at his best ever, but I don't know if he wants to go beyond 2017," said Marchionne.

"I have not talked about extending the contract with Vettel because it's too early; first he must be comfortable with the car next year," he added.

"Vettel and Mercedes? (Niki) Lauda talks to everyone but in 2017, Seb is with us. I have to give stability to the team but we have to give those who drive for us a great car.

"We'll keep an eye on availability of other drivers from 2018," said Marchionne. "With Seb we have to give him a winning car, otherwise it's useless to discuss the future. He wants to win with us, we know that.

"In return he has to drive with confidence, with more calm and less agitation. Thinking of winning on the track, not engaging in personal battles."

Marchionne also played down reports that the team have made a move for Mercedes technical chief Paddy Lowe.

"We were not trying to get him," he said. "There were proposals, but they were not part of our technical development plans. We have an established team and will not change it.

"If we continue to not win, the fault will be mine," said Marchionne.