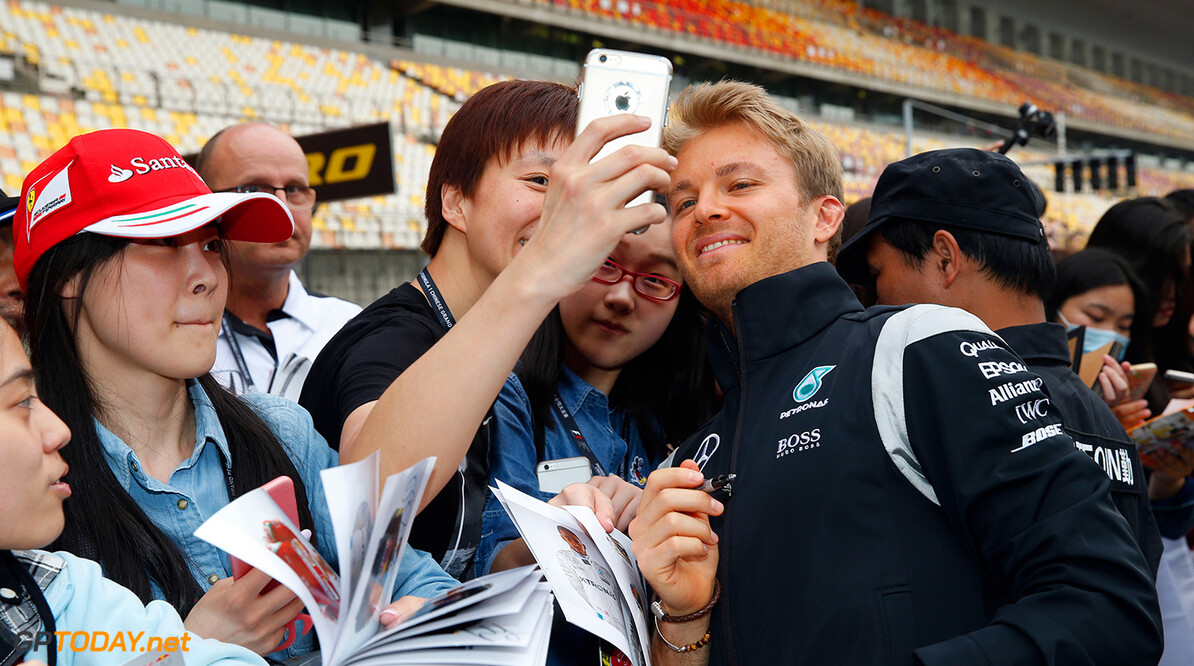 Lewis Hamilton and Nico Rosberg have for now confined their championship battle to a squabble over a dinner bill. World champion Hamilton, 17 points behind and five grid spots down in Shanghai after a gearbox change, pointed the finger at his Mercedes teammate after the high-profile gathering of F1 drivers for dinner in China.

"Someone said 'Let's share the bill', so 18 receipts, 18 credit cards, it was the most ridiculous thing I have ever seen," said Hamilton. He said he thinks "Nico" was the one who made the call the split the bill.

"Really? Interesting," Rosberg told reporters when asked about Hamilton's claim. "From what I can remember, the hidden agreement usually is that the world champion pays, but that just might be my opinion," the German hit back.

Clearly the pressure is ramping up as the silver-clad pair's battle enters its third round in China, but Hamilton thinks his penalty means Rosberg will have an "easy" weekend. "I just want to enjoy every moment," Rosberg said when asked about what will happen this weekend. "I am only looking at myself and I'll take it step by step."

Germany's Welt newspaper thinks that after two triumphs over Hamilton so far, and with a reportedly expiring contract, 2016 is Rosberg's "greatest (and last) chance". But there are also conspiracy theories doing the rounds after three troubled rounds for Hamilton, with Brazilian correspondent Livio Oricchio writing in Globo that "Not everyone believes Hamilton's difficulties are all down to chance". (GMM)