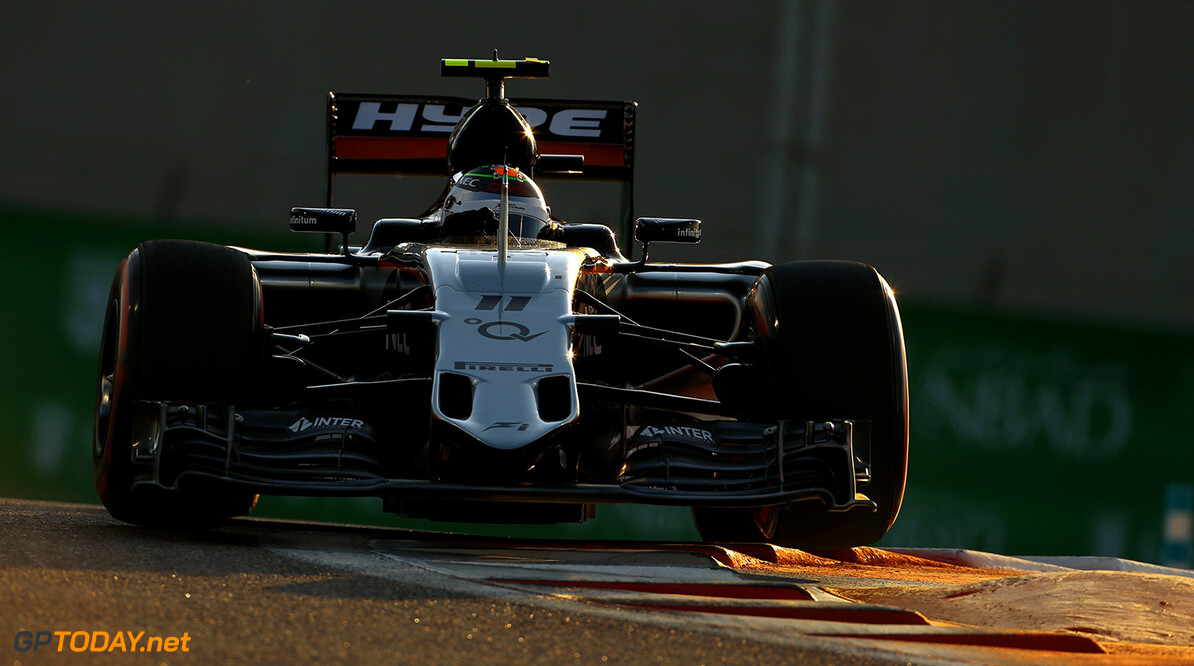 Sergio Perez has backed Force India to rise to the "huge task" of continuing to raise its game in formula one. Teammate Nico Hulkenberg may have been the high-profile Le Mans winner, but it was Mexican Perez who shone the brightest in 2015 for the Silverstone based team.

Force India finished the championship an impressive fifth overall. "That we were fifth even before the debut of the B car, when Lotus was better than us, strengthened my confidence in the team, which is why I decided to stay," Perez told Auto Motor und Sport. He also said he raised his own game in 2015. "In 2012 I was on the podium three times, which was special, but I was much more consistent this year than I was then," said the former Sauber driver.

So what can Force India, with one of the smallest budgets on the grid, do next? F1 business journalist Christian Sylt wrote in the Express newspaper that owner Vijay Mallya is "negotiating and discussing" a new naming rights deal with Aston Martin, the iconic luxury British carmaker.

And Perez says the team wants to keep getting better. "This is a huge task for a small team like us, to take on teams like Williams and Red Bull. I also expect more from some of our other opponents next season. McLaren, for example, and Toro Rosso, and we also must not underestimate Haas," he said. "This (Haas) is not really a new team. With their connection to Ferrari, they will be a challenger from the beginning," said Perez. (GMM)