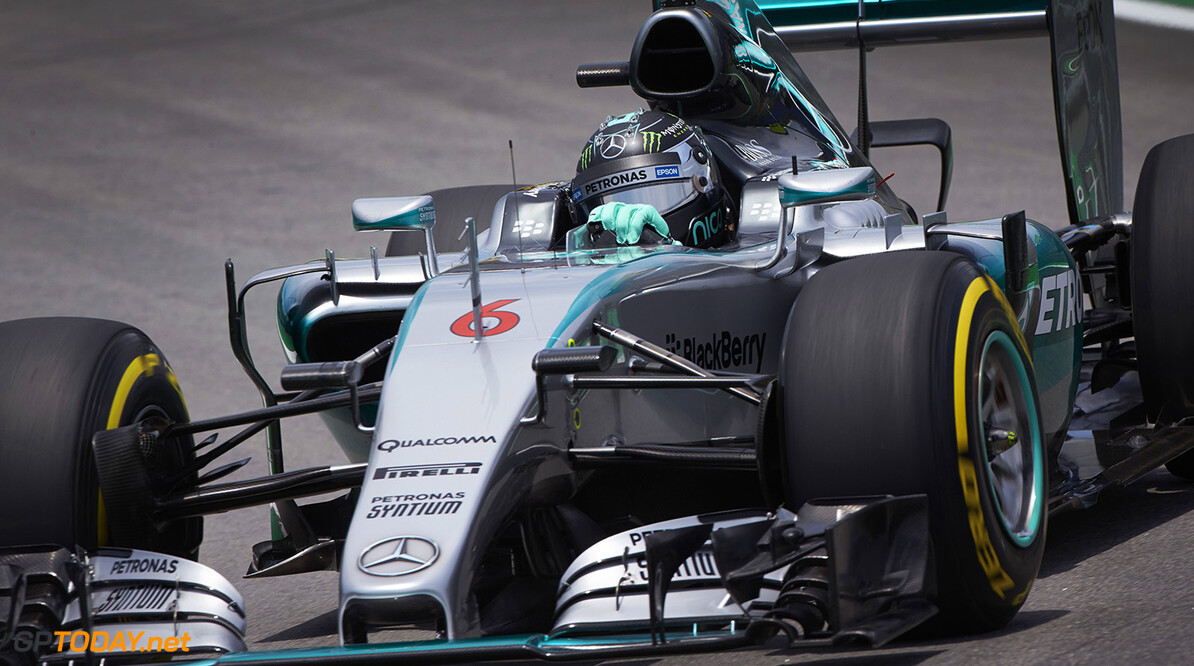 Rosberg has no fresh power units left for Abu Dhabi

Nico Rosberg's chances of securing a winning hat-trick have taken a blow even before a wheel turns in Abu Dhabi. Auto Motor und Sport reports that Mercedes has withdrawn from circulation his winning 'power unit' from Brazil, after a water leak was discovered.

It means he will tackle the entire Abu Dhabi race weekend with a single engine, where usually a fresher 'race' unit is installed after Friday practice. "I've had two really great weekends in Mexico and Brazil," he said, "so I have good momentum behind me right now and I'm heading into the final race on a massive high."

Another piece of engine news from the Yas Marina circuit is that Ferrari has traded in its final four performance upgrade 'tokens', even though a new engine will not actually be fitted to Sebastian Vettel or Kimi Raikkonen's cars. That is because it would mean 10-place grid penalties, whereas Ferrari's real ambition is to use the tokens now rather than eat into the 2016 allocation of 32 tokens. "It goes without saying that we are already focusing on next year," said spokesman Alberto Antonini, "but we are in Abu Dhabi to get the best possible result even if the title is already decided."

Finally, Red Bull has shelved the latest specification of Renault's power unit, after a disappointing debut in Daniel Ricciardo's car last time out in Brazil. Even Renault admits that the upgraded engine did not live up to expectations. "The engine ran reliably," said Remi Taffin, "but unfortunately it did not deliver the expected improvements in performance." (GMM)