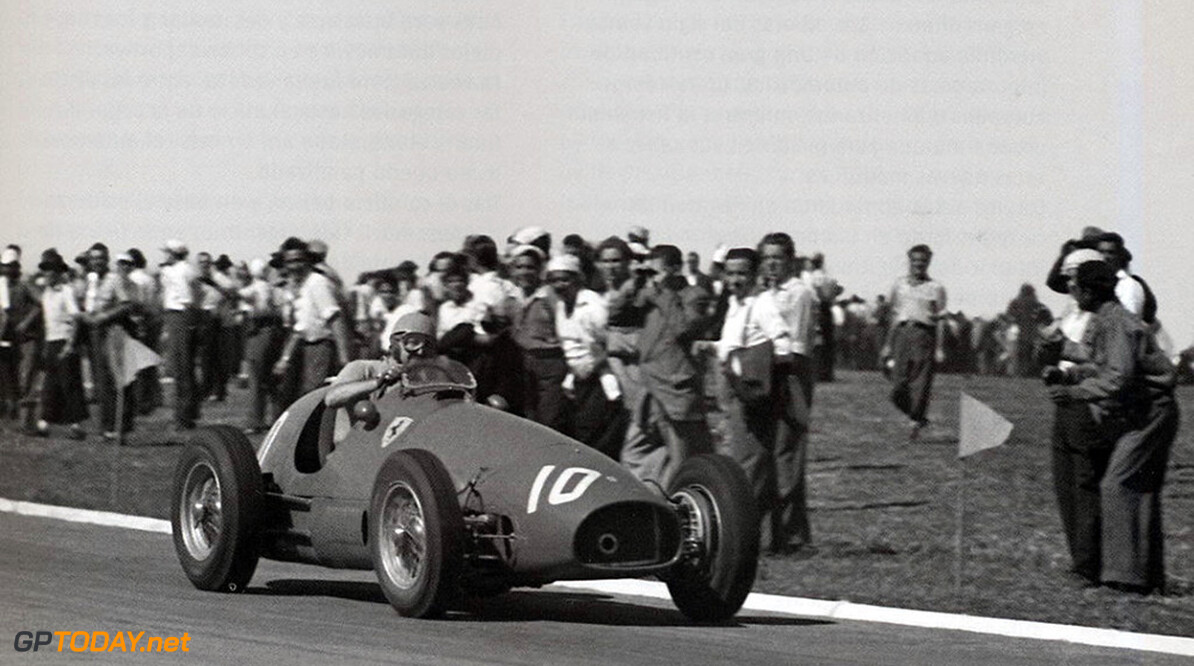 Who was the first Formula One driver ever to represent the red, white and blue at an official Grand Prix weekend? A problem immediately arises when trying to formulate the right answer to that question: the Dutch have a few drivers to choose from - which isn't quite a luxury, mind you. The 1920's saw Frits Koolhoven (1886-1946) as one of the very first Dutch entrepreneurs ever to pick up a steering wheel in Grand Prix racing. Koolhoven, an aeroplane manufacturer who went on to design cars for Spyker, drove a couple of Grands Prix des Ardennes in Belgium. This Grand Prix is regarded by some to be the first closed circuit race in Europe. John van Hulzen, working in Paris as a test driver for Bugatti, entered the Spain Grand Prix in 1930 but crashed heavily shortly after starting, immediately terminating his career. Also driving in the 1930's was Eddie Hertzberger. Hertzberger can be considered as one of the great Dutch drivers. The wealthy owner of a clothing company in Rotterdam raced to victory in the 1937 Grand Prix des Frontieres in Chimay in his MG K3. This makes Hertzberger the first and so far the only Dutch Grand Prix winner. However, some sources report that Carel Godin de Beaufort won the 1959 Belgium Grand Prix at Spa Francorchamps but, apart from his website, no other source supports this claim. Heir of the Dutch Verkade factory, Eric Verkade, entered a priceless Maserati 4cl in quite a few post-World War II Grands Prix but without much success. Legend has it that Maserati finished Verkade's 4cl before the outbreak of the war but hid it in a concrete structure in fear of confiscation. After the war, Verkade himself drove his Bugatti to Italy to help Maserati workers chisel the car out its concrete bunker. Verkade enjoyed little success. So, can we pick our first Formula One driver from this list? Indeed, that was a trick question. Formula One didn't exist until 1950.

We mentioned him a bit earlier. Carel Godin de Beaufort maybe? He was the first Dutch Formula One driver to enter a Formula One season with his own team, Ecurie Maarsbergen. From 1957 up until his death at the Hockenheimring in 1964 De Beaufort drove a gorgeous Dutch racing orange Porsche flat-4. Apart from a sixth place at his home Grand Prix in Zandvoort he had little success (abolishing that weird claim of winning the 1959 Belgian Grand Prix). However, De Beaufort was the first Dutch racing driver that made us pick up the morning news-paper to monitor his successes, but he was not the first one. During the 1952 Dutch Grand Prix at Zandvoort Circuit, not one but two Dutch drivers got behind the wheel and entered the arena to fight with the likes of Ferrari's Alberto Ascari for the win: Jan Flinterman and Dries van der Lof. Okay, both drivers were not even closely matched to the pro’s, but it is nice to think of them fighting wheel to wheel with the established order. In a time when talent was not enough to get you into Formula One, a seat had to be bought for the two gentlemen. KNAC (Royal Dutch Automobile Club) commissioner Jan van Haaren had 2000 Florin to get some Dutch representatives to drive at Zandvoort. Van der Lof got a seat with the British HWM while Flinterman got a seat at a Brazilian team that can best be described as a traveling circus which financed their world tour by selling their cars to pay-drivers. Jan van Haaren already tried to get a Dutchman to drive at the Grand Prix at Zandvoort in 1951, but Herman Roosdorp couldn’t find any speed in his HWM. He was fifteen seconds of the pace when Stirling Moss took his car for a spin to see whether there was a problem with it. Roosdorp pulled out of the event in frustration when Moss crossed the line ten seconds quicker than his best time.

Choosing Dries van der Lof to race for the Netherlands was an obvious choice. He was the son of a rich cable manufacturing magnate and had considerable international success in the 1600cc league driving the same MG K3 as Hertzberger did in the 1930's. Jan Flinterman on the contrary, was a slightly less obvious choice and not picked without any hesitation. Flinterman's life is of what you usually read in an exciting thriller. Educated to be a pilot, Flinterman managed to hop on board of a British torpedo boat anchored at Hoek van Holland while the German army invaded the Netherlands in May 1940. Once he got to London, Flinterman joined the RAF and flew an impressive amount of sorties over West-European airspace. This earned him quite a few decorations including the Distinguished Flying Cross. At his return to the Netherlands, Flinterman joined the first Dutch fighter-jet squadron and used his Gloster Meteor to perform some record breaking stunts including the highest speed and altitude. It became apparent to the Dutch that Jan Flinterman was more that qualified to fly with high-tech fighter-jets above the North Sea. However, a Formula One car was a bit different from that! The marriage between pilots and racing drivers is not that far sought though, and Flinterman got his seat in a Formula One car. Both Flinterman and Van der Lof were unable to impress in front of the home crowd, but both managed to finish. Van der Lof's HWM had problems with its magnetic coil and stood idle in the pits for a considerate amount of laps. He managed to finish, but at a distance of about twenty laps from race winner Alberto Ascari and was exempt from the classification. Flinterman had a reasonable race. He had to pull his car over after just seven laps due to mechanical issues. However, if a pay-driver pays for his seat, he will get his seat whatever happens. And so factory driver Chico Landi had to come in the pits and hand over his car to Flinterman. "I was unable to adjust my seat, I was in an impossible position to drive the car [due to Landi's short stature]. Anyway, I made it to the finish." He crossed the finish line in ninth position, seven laps behind Ascari.

Either way, the Dutch press was impressed with Van der Lof and Flinterman's performance in what officially was the first representation of the Netherlands in Formula One. The forefathers of later Formula One drivers like Jan Lammers, Michael Bleekemolen and two generations of the Verstappen family. Okay, so they only lasted one Grand Prix, but it is not to be underestimated how important this first step was in Dutch racing history. The Netherlands lacked a racing culture, let alone fertile ground upon which such a culture could arise. Racing in post-war Netherlands was still taboo. The huge influx of Allied military vehicles in 1945 caused for -by a lack of coherent traffic rules- for an enormous chaos with a high mortality rate. Racing was not allowed in any way and so there was barely any interest for the bigger companies to invest in the sport and allow for the development of events, circuits and facilities. In this context it's not so difficult to understand that the Netherlands lacked the talents that Great-Britain, Germany, France and Italy were delivering to the world of motor racing. What happens when you grow up in an environment where competitive racing is widely supported, where chances are there for the take, together with the right facilities and materials to make these chances count? Then you get professionals, like the 18-year old Max Verstappen is currently showing. The Netherlands came a long way ever since the mayor of Zandvoort collected the rubble of blown up streets and pavements left by the Germans in the Second World War, and used this to strengthen the porous dunes upon which the Zandvoort circuit was about to be constructed.