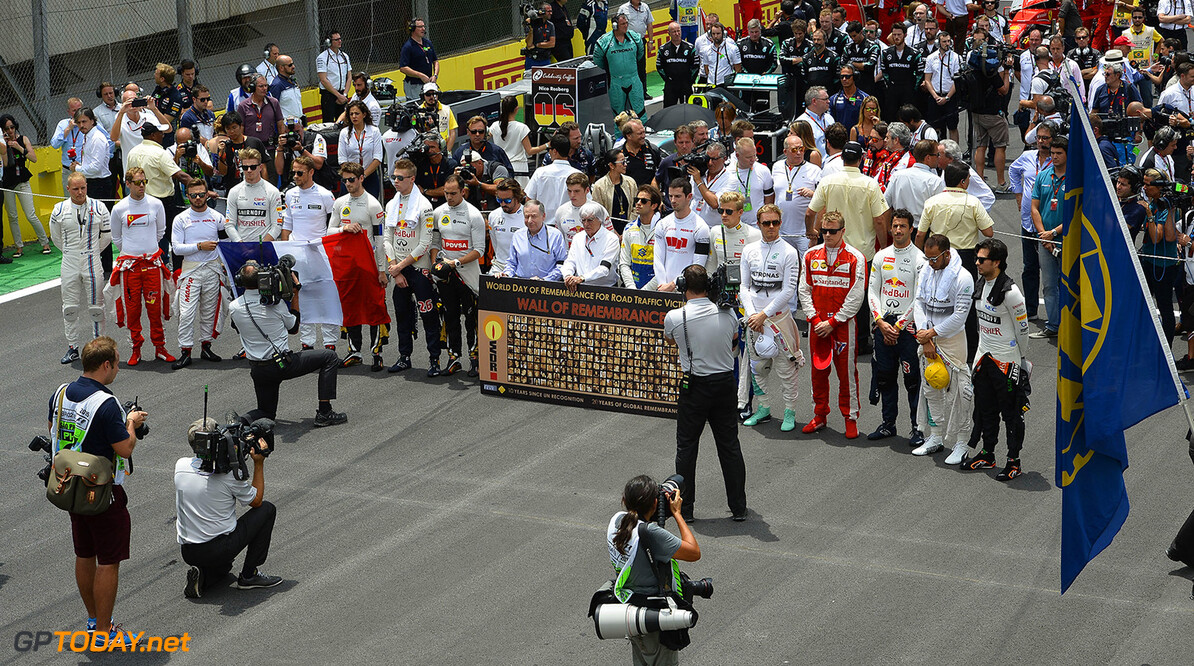 Minute of silence was for the French - Lauda

Two F1 personalities made clear the minute of silence on Sunday's Interlagos grid was for the victims of the Paris terrorist attack. FIA president Jean Todt, the French chief of F1's Paris-based governing body, was intensely criticised for insisting the silence was officially for road crash victims, arguing that more die on the roads every day than at the hands of terrorists.

Undoubtedly referring to the FIA's global road safety campaign 'Think before you drive', the German newspaper Bild am Sonntag advised Todt to "Think before you speak". French driver Romain Grosjean, meanwhile, held up a French flag during the silence. And F1 legend and Mercedes team chairman Niki Lauda insisted: "If there was a minute of silence, it was for the French." (GMM)