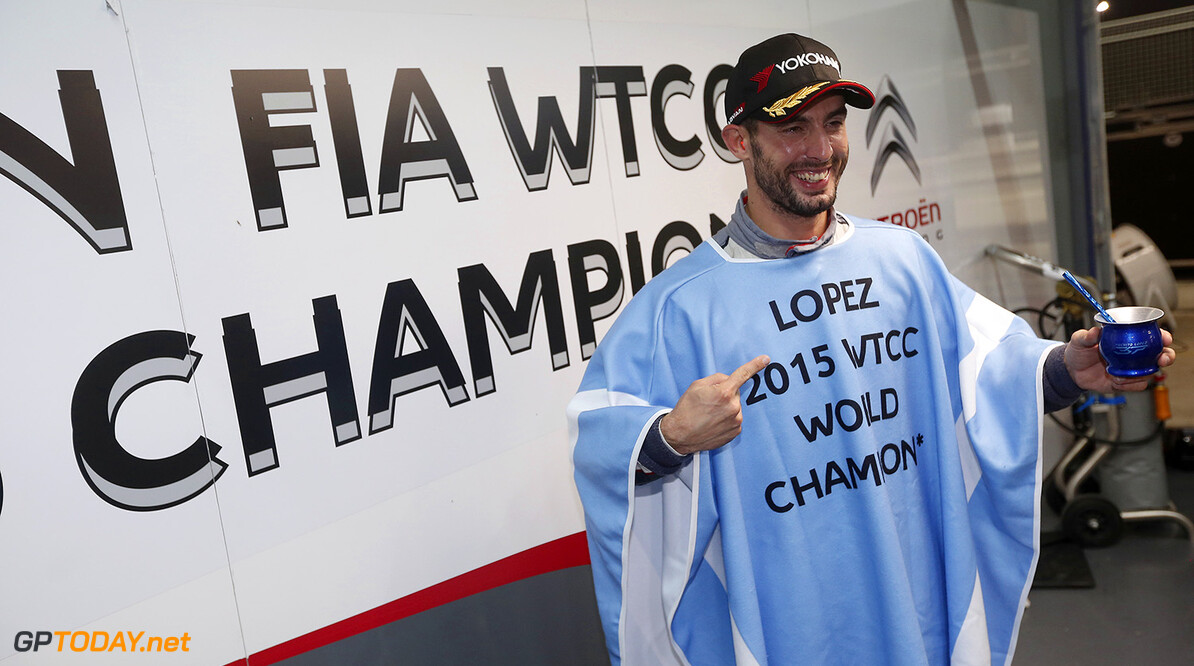 Priaulx and Lopez join field for Race of Champions

José Maria 'Pechito' López is still revelling in his second WTCC triumph, sealed with victory in Thailand earlier this month. Despite strong competition from world-famous Citroën team-mates Yvan Muller and Sébastien Loeb, López has dominated each of the last two years, winning both titles with races to spare.

Before his WTCC heroics López had already competed in a wide range of different series including GP2, Formula 3000, ALMS and FIA GT. López has also been a test driver for the Renault F1 team and he was even lined up to race for the USF1 team that ultimately failed to make the grid in 2010. Such a variety of experience comes in handy at the Race Of Champions, where he will also partner Indianapolis 500 winner Ryan Hunter-Reay for the second time following his debut last year in Barbados.

López said: "This has been another great year for me and this invitation to the Race Of Champions is the perfect way to cap it off. This year the pressure was on and the competition with my team-mates was harder than ever so to to win the championship three races early was an amazing result. Now I can look forward to racing my fellow champions next week in London. The line-up is amazing with great drivers from all over the world so we now look forward to putting on a great show for the crowds."

Andy Priaulx is a true legend of tin-top racing thanks to three WTCC crowns plus the previous year's European Touring Car Championship, making it four titles on the trot. He has since branched out into other forms of racing, taking part in events including the Le Mans 24 Hours. This year he made an overdue return to the British Touring Car Championship, taking two victories.

The Guernseyman has a fine Race Of Champions record too, having reached two ROC Nations Cup finals – first in 2009 alongside F1 world champion Jenson Button, then in 2010 (pictured above) with fellow tin-top specialist Jason Plato. In the final he defeated Team Germany's Sebastian Vettel before narrowly losing out to Michael Schumacher in the tie-break. He will now be reunited with Plato as they aim to go even further for Team England 1 next Friday.

Ahead of the event, Priaulx said: "What a great way to end a busy season – joining all my fellow champions in a fun head-to-head battle. Same cars, same track: it will be an epic challenge. I love this event. Fredrik Johnsson and his team put on a great show so I can't wait to get there and catch up with everyone."