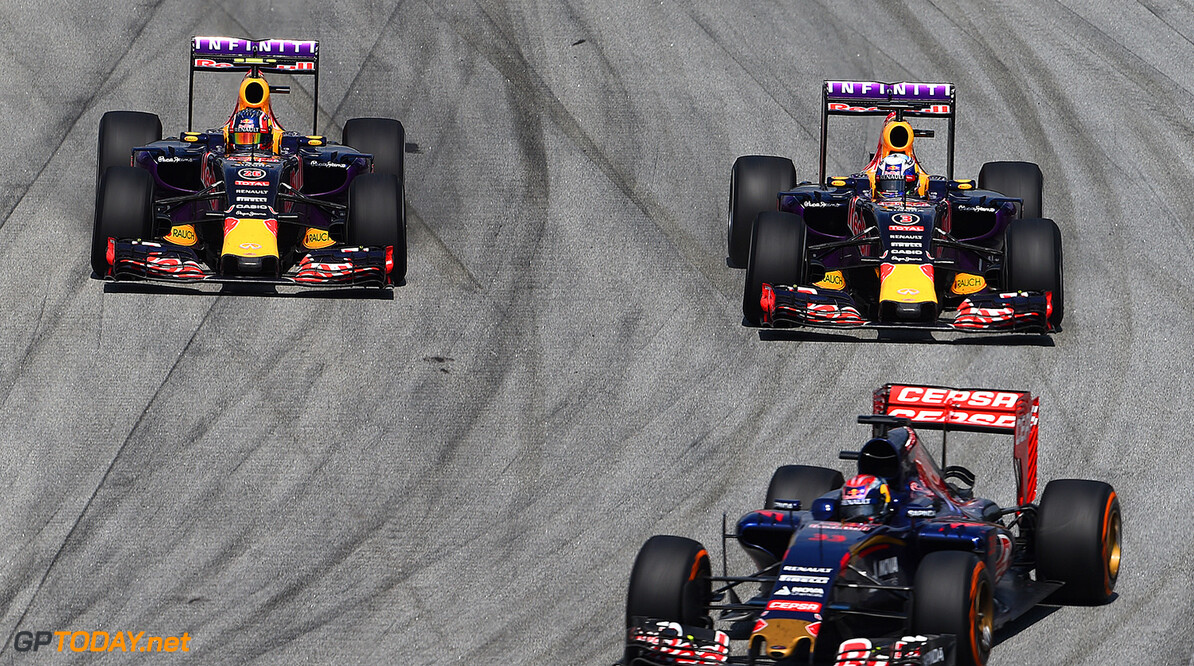 Red Bull looks set to turn down Renault's new engine specification in Austin and beyond.

It is seemingly just the latest chapter in the messy divorce between the formerly multiple championship-winning partners, even though rumours suggest key meetings will take place at the scene of this weekend's US grand prix.

Asked if there has been any progress on Red Bull's future in F1 in the two weeks since Sochi, Daniil Kvyat said on Thursday: "Actually no.

"The situation is about the same as it was before, so you can quote me the same as what I said in Sochi," he joked.

Actually, it is no laughing matter. Team owner Dietrich Mateschitz has set an October deadline that is rapidly expiring, and many believe Red Bull's only hope of staying in F1 now is to patch up the broken Renault relationship.

Junior team Toro Rosso, meanwhile, is thought to be definitely moving on to 2015-spec Ferrari power.

When asked about the latest Renault specification, finally made available in Austin and packing 11 tokens worth of upgrades, Carlos Sainz said: "We have decided to stay for the rest of the year with the old specification.

"We know that if we use the new one, we will be at the back of the field again, which we cannot afford," the Toro Rosso driver added.

And it seems that a similar decision is set to be taken by the senior camp Red Bull Racing, which might indicate that the relationship with Renault is still not looking rosy.

"It's not my decision to make," said Kvyat, "but I'm not sure we're going to get much more from a new engine that will allow us to really get over a penalty."

Teammate Daniel Ricciardo agreed: "The last I heard, it's not (a) massive (upgrade) so from my understanding it's probably not worth taking it.

"Hopefully they tell me something different and we've found a bigger chunk of horse power from it but I think realistically there's not a whole lot."