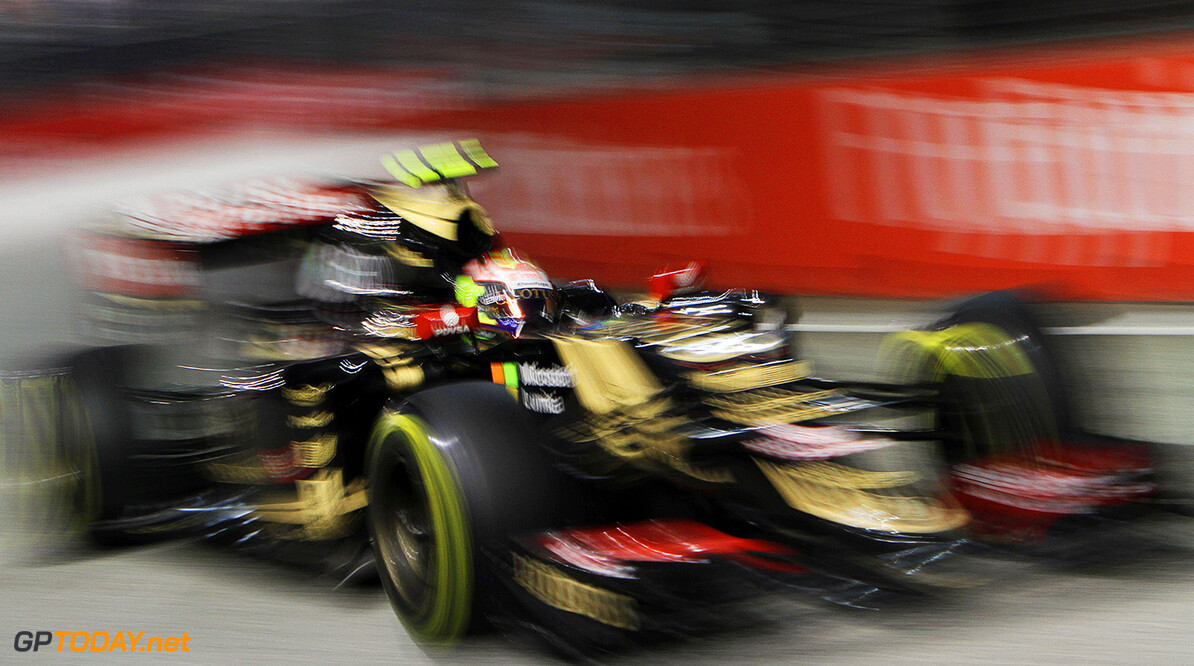 Lotus takeover not completed before december

The uncertainty about Lotus' future is likely to race on beyond the end of the 2016 season. That is the admission of the struggling Enstone team's deputy Federico Gastaldi, despite the fact that Renault's letter of intent to buy Lotus referred to "weeks" rather than months for the process to be completed.

"I'm always nervous of letters of intent in formula one," former team owner and boss Eddie Jordan said. "Because they mean absolutely nothing -- not even the paper they are written on."

It therefore becomes clearer why a top driver like Romain Grosjean, who is instead heading to the American startup Haas, would elect to leave the team rather than stake his claim on what could be a sought-after works Renault seat.

While it waits, Lotus is living hand to mouth, with Frenchman Grosjean admitting after his big Sochi crash that he hopes the team has the parts to fix the car in the two-week gap before Austin.

Even a favourite to replace Grosjean, the current Lotus reserve Jolyon Palmer, is nervous.

"I would absolutely love to confirm it (the seat) but I can't," he told the BBC. "It's no secret that I want it."

But even Palmer is wary of Renault's letter.

"If it (the Renault takeover) doesn't happen, maybe the current owners can dig deep and find something else for next year," the Briton added.

Palmer is not alone in eyeing the Grosjean vacancy, as names including Kevin Magnussen, Stoffel Vandoorne and Frenchman Jean-Eric Vergne are all looking for a 2016 seat.

The Renault situation, however, is a complication.

"It is no longer a decision that we can take alone," Lotus' Gastaldi told the Danish newspaper BT.

"The entire acquisition is a long process which will probably end in December," he revealed. "I don't think any decisions will be taken before then, unless Renault management suddenly decide otherwise."

The driver question, then, is very much on the back burner.

"We were shocked that Romain decided to leave us, as he was the obvious man for the job," said Gastaldi.

"He has experience, he has been with us for years, he is French. So we were surprised when he decided to go to Haas.

"We were not preparing to have to find a new driver, and I can honestly say that at the moment we do not even have a list of potential names," he added.

Being French, Ferrari tester Vergne seems an obvious candidate, but Gastaldi insisted: "My personal opinion is that nationality is not going to play a role.

"But, again, this is something the new owners will have to evaluate."

Renault's F1 chief Cyril Abiteboul commented: "Right now we are concentrating on getting the agreement with Lotus in place."