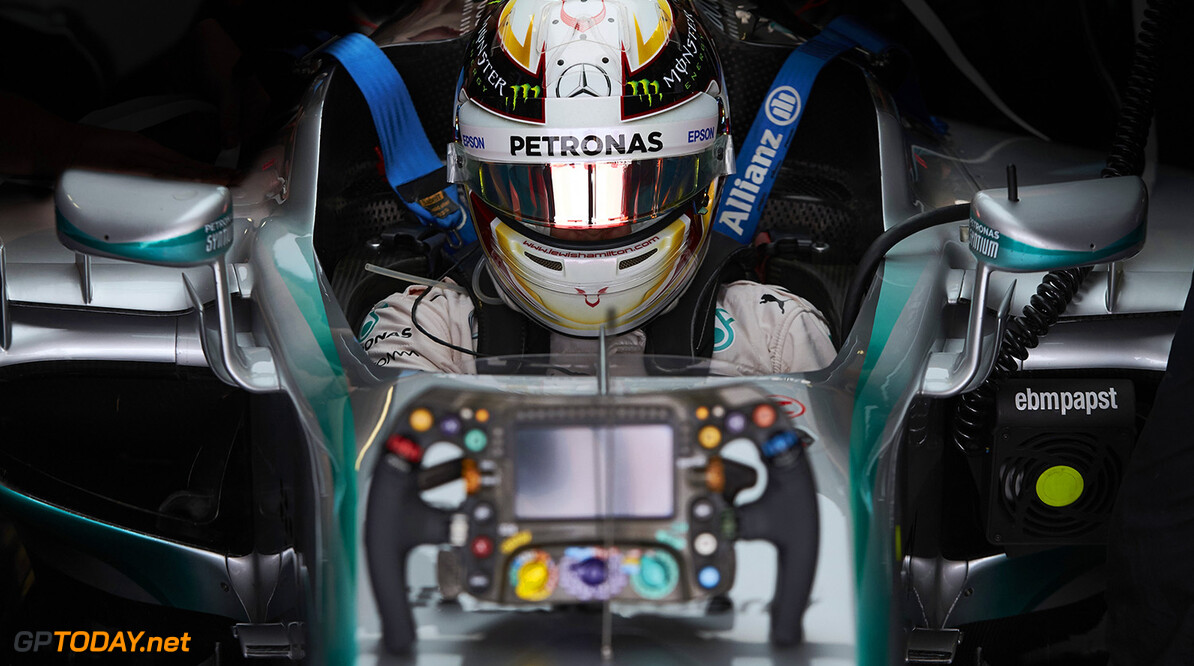 Lewis Hamilton wins in Sochi, Russia. He has now pretty much secured his third championship title, the second in a row.

Nico Rosberg had a good start from pole, leading his team mate Hamilton during the entire first laps. Nico Hulkenberg had less of a good start from 6th, as he went out on the gravel and spun in the first corner, taking Sauber's Ericsson with him, resulting in two immediate retirements, a yellow flag and a safety car. Immediately after the safety car's return to the pit, leader Rosberg began to experience severe sticking problems with his accelerator pedal, rendering him unable to properly steer the car, and he had to retire during the 9th lap, shortly after being overtaken by both Hamilton and third man Bottas. Hamilton then proceeded by dominating the rest of the race.

On lap 12 another safety car was called out when Grosjean lost traction behind Jenson Button's McLaren and hit the wall violently in sector 1 of the track. Grosjean was sent to the medical centre for a health control, and fortunately no injuries has been reported. After the restart, Williams' Bottas was right behind Hamilton and nearly drove into the Mercedes driver, but could not manage to challenge the brit, and Hamilton quickly pulled away into the distance. A couple of laps after the restart, Bottas was forced to give up his position to Sebastian Vettel.

At first, Red Bull's race seemed to brighten up a bit, with three cars in the top ten before Carlos Sainz jr. got a penalty for crossing the pitline. He later suffered from a spin and broke his rear wing,  and had to limp back to the pits and retire. Shortly afterwards Ricciardo's suspension broke, and he had to stop on the right side of the track. Russian Daniil Kvyat had a decent run, finishing 6th, while dutch Max Verstappen struggled a bit as the young Toro Rosso driver struggled with the tyres.

Superb tyre management resulted in Force India's only remaining driver, Sergio Perez, in 3rd place. on lap 52 he lost his place when the finnish due of Bottas and Räikkönen overtook him. However, he got this place back shortly after, when a clumsy overtake attempt performed by Räikkönen left Bottas in the wall and Räikkönen limping. This is Force India's best finish this year. Räikkönen finised 5th. The Ferrari driver is under investigation for causing a collision, and might lose out on points completely, depending on what the marshalls decide. Should he leave this race without points, Mercedes will officially have secured their second constructor's title in a row.

Quite on the contrary towards expectations, McLaren managed to hang in to get a double points finish, as Button finished 9th and Alonso 10th.