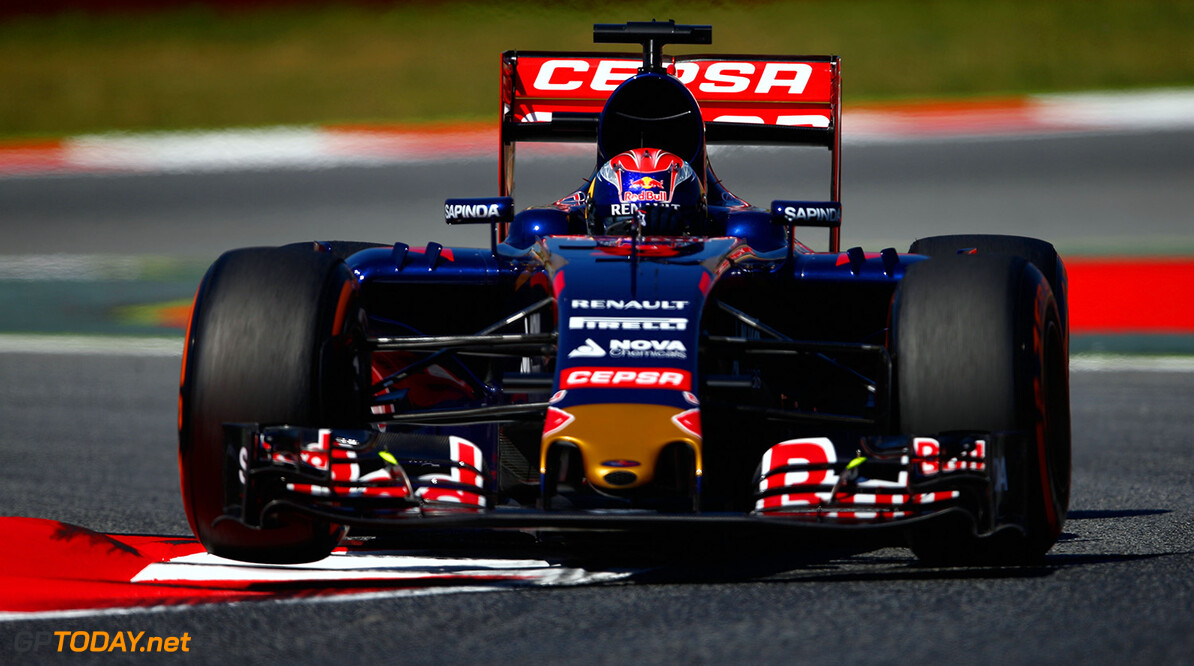 Carlos Sainz - We can beat Lotus in the Championship

Carlos Sainz believes that his team Toro Rosso can beat Lotus in the Constructor's Championship, which will earn them their best finish since 2008 Season.

As it stands, Toro Rosso finds itself 7th Position in the championship, and they are only 16 Points adrift of 6th placed Lotus. Lotus at the moment appears to be in turmoil, with loose cannon Pastor Maldonaldo earning the team eight retirements this year and Romain Grosjean already signing for Haas in 2016. You could argue that both driver's heads are elsewhere. Meaning that, if Torro Rosso can mount together a strong finish to the season, then it might just pip Lotus at the finish in Abu Dhabi.

The momentum right now is with Torro Rosso, scoring back-to-back points finishes, whereas for the last three races Lotus have only had both of their drivers inside the top 10, which was in last week's Japan Race. Carlos Sainz, who rarely gets any media attention, thanks to the 'Superstar' Max Verstappen, believes that his team will go well round this weekend's track which is Russia

“It should be a good weekend for us,” said Sainz ahead of his maiden Russian GP appearance. “Hopefully we can continue to fight for points! We need to catch Lotus and overtake them in the championship.

“I also like the idea of racing around the Olympic Park, it’s something unusual.”

Torro Rosso last year managed to get both cars into Q3, but, unfortunately, they faded throughout the race. If they can resolve that issue, then Sainz's predictions will become more serious.