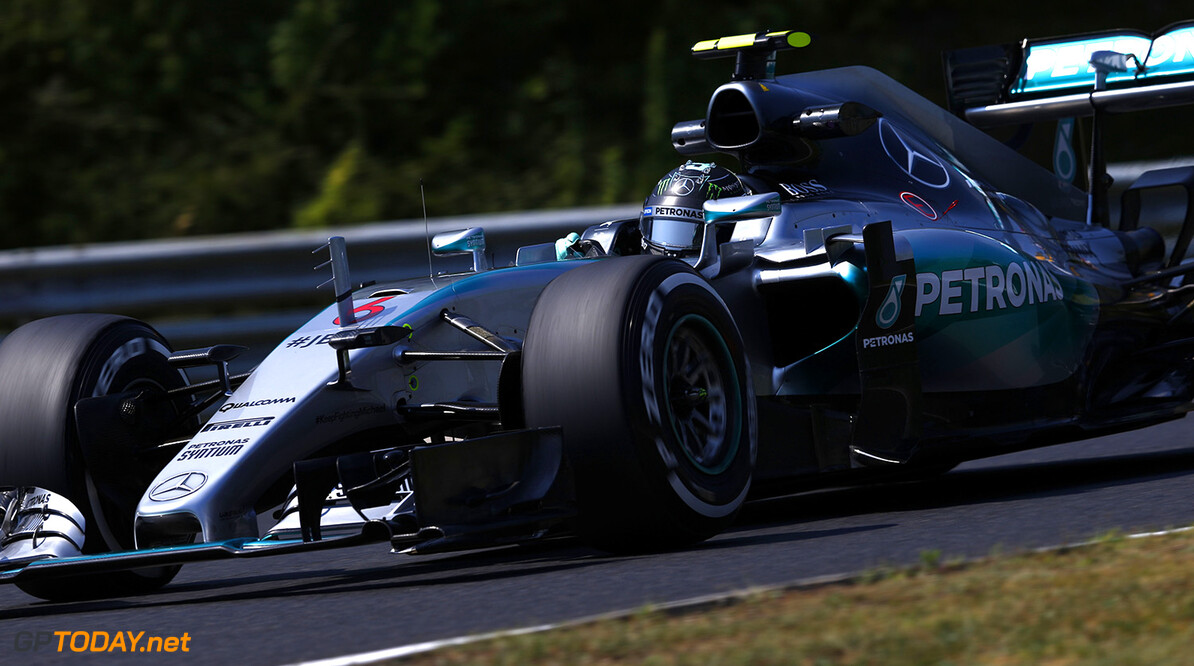 Rosberg to race with Monza engine in Singapore

This weekend in Singapore, Nico Rosberg will use the very same new-specification Mercedes engine that was removed from his car ahead of qualifying at Monza. That is the claim of Germany's Auto Motor und Sport, as new details about Mercedes' upgraded 'power unit' now begin to emerge.

Auto Bild, another German publication, describes the unit that cost Mercedes all remaining 7 of its performance upgrade 'tokens' before Monza as a 'Wundermotor'. "It brings not so much more horse power," said team boss Toto Wolff, "but it works more efficiently. We wanted something to test in connection with a new fuel for 2016."

However, although Lewis Hamilton went on to win at Monza, and some rivals sensed the potential of the new engine is "scary", Rosberg's unit was removed before qualifying amid reliability concerns. But Auto Motor und Sport claims the very same unit will now be raced by the German driver in Singapore, after post-Monza investigations showed that the power unit itself was undamaged.

"It turns out it (the problem) had nothing to do with the engine," said Rosberg. "It was a chassis component that we've had on the car for a long time. So with hindsight, it was perfectly ok to put the new engine in," he added.

The report said Mercedes will now be preparing the engine specification for customers Williams, Lotus and Force India to use at subsequent races if they desire. Auto Bild said the specification is fundamentally different from its predecessor, as it features an "innovative, fuel-efficient combustion process".

So after a miserable weekend of reliability at Monza, Rosberg is hoping for smoother sailing this weekend. A new complication, however, is the pollution-filled skies above Singapore, potentially worsening what was already a tough race physically for the drivers. "That (the air quality) makes it even harder for us, and perhaps also for the cars," Rosberg is quoted by the German broadcaster RTL. (GMM)