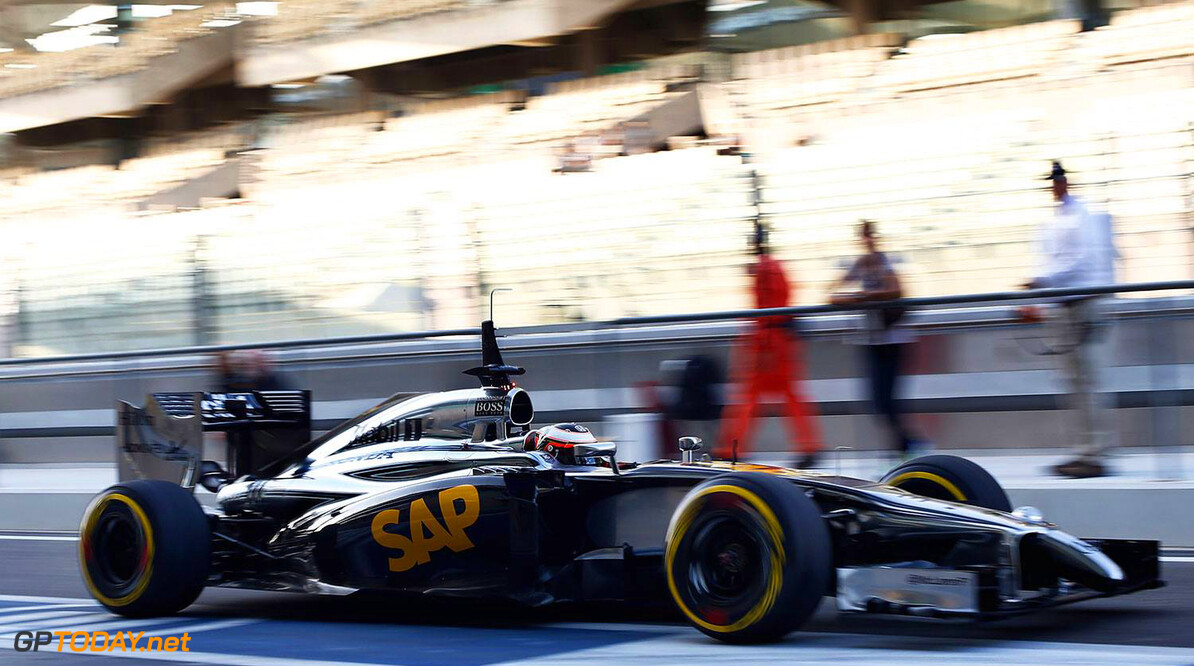 Disastrous test debut no reason to panic for Honda

Before departing Abu Dhabi, boss Eric Boullier told Spanish television Movistar the British team has "no reason to panic". However, it has been a disastrous two test days at the Yas Marina circuit for McLaren. It had brought an interim 2014 car to the post-race test fitted with the brand new Honda 'power unit', as the partners prepare for the beginning of their works collaboration in 2015.

It is expected that Fernando Alonso will be the star driver. But at the test, it was the in-house youngster Stoffel Vandoorne charged with driving duties. Over two days, the Belgian did not complete a single timed lap. Honda's F1 chief Yasuhisa Arai, however, insisted he is not worried.

"The positive is that we know that basically everything works as it should," he told Speed Week. "The energy recovery works. What did not work is the electronics. But I maintain that the engine itself is good," the Japanese added. "These power units are incredibly complex," Arai continued. "We need to find out in detail what went wrong, but that is the job of the engineer -- to solve problems."

Officially, the next time the Honda engine will be run on track is next February at the Jerez test, mere weeks before the performance specification is 'frozen' for the 2015 season by the governing FIA. But Speed Week said it is possible the interim car will be run before the official winter test season, during another 'filming day'.

Arai continued: "We believe we have done our homework and the hardware is healthy. Four months until Australia will be enough to be fit for the season. We strive to have a good place on the grid in Melbourne." (GMM)
F1 News Fernando Alonso Stoffel Vandoorne McLaren Honda
<< Previous article Next article >>
.